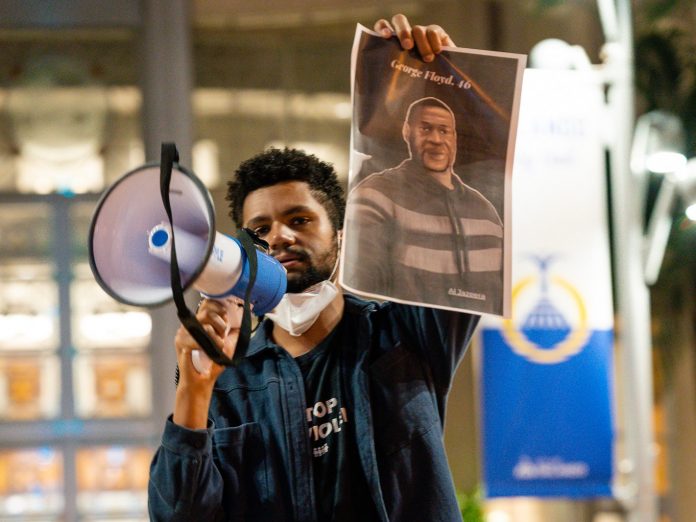 Congressman Maxwell Frost, Nadler’s fellow Democrat from Florida and the first Gen Z member elected to the United States House, claimed that he was voting against the “Born Alive Abortion Survivors Protection Act” to protect bodily autonomy and the rights of “child-birthing persons.”

The vote on HR 26, the “Born Alive Abortion Survivors Protection Act”, passed the United States House of Representatives. Not surprisingly, every single Democrat in the House voted against the legislation, save one, Congressman Henry Cuellar of Texas. Republican Vicente Gonzalez (also of Texas) opted to vote “present.”

HR 26 states that “any infant born after an attempted abortion is to be considered a legal person for all purposes under the laws of the United States.” TGP reported on January 11th, the day of the vote, about NY Congressman Jerrod Nadler’s demonic rant that taking babies who have survived abortion to hospitals for life-saving care.

DEMONS IN OUR MIDST: Jerry Nadler Argues Taking Babies to Hospital who Survive Abortions to Save Them – “Endangers” the Baby

Congressman Maxwell Frost, Nadler’s fellow Democrat from Florida and the first Gen Z member elected to the United States House, claimed that he was voting against the “Born Alive Abortion Survivors Protection Act” to protect bodily autonomy and the rights of “child-birthing persons.” Apparently “My Body, My Choice,” only extends to women or “child-birthing persons” seeking to genocide entire generations of innocent children.

Congressman Frost spent his time before announcing his campaign for the People’s House as a leading figure in David Hogg’s “March for our Lives,” a gun-hating and anti-constitution political advocacy organization. He has also proudly supported the domestic terrorist activists of Black Lives Matter and Antifa, even getting arrested during violent demonstrations in Washington DC last year.

Frost campaigned on wanting to be the newest member of AOC’s “The Squad” in DC.

He also supports open-border policies that have allowed caravans of illegal immigrants flow across our Southern border and the distribution of deadly drugs like Fentanyl across America. When it comes to the indoctrination of our youth in public schools, Maxwell Frost supports the inclusion of pornographic books in school libraries and the teaching of Marxist ideologies like Critical Race theory.

So, it should come as no surprise that he not only wants abortion on-demand, but to also allow the outright murder of these innocent babies if they miraculously survive this barbaric practice. It is also not shocking that Frost believes that biological men can give birth, because if you identify as someone who can give birth, you are a “child birthing adult.”

"I will continue to fight for civil rights, personal freedom, and bodily autonomy of women and child bearing adults" pic.twitter.com/uXGATDKB4D

GOP Congressman Cory Mills, who also represents parts of Central Florida in the I-4 corridor alongside Frost, slammed the hypocrisy of Democrats like Frost who continuously crow about “My Body, My Choice,” but neglect to respect the rights of those born after botched abortions in an exclusive quote to this GP journalist.

“We are talking about actual babies outside of the womb, due to a failed attempt at abortion, who deserve the right to life. This argument is no longer about abortion, Democrats are in favor of letting a child outside the womb to suffer or suffocate, without the necessary neonatal procedures.

This is infanticide and is no different than murder.”

Congressman Mills goes on to state that the Democrats opposition to HR 26 is not only anti-American and against our founding principles, but also reminiscent of Communist China.

“The fact that the Democrats’ belief in the concept of “My Body, My Choice,” does not apply to these precious babies proves that they have no allegiance to our founding ideals that are meant to protect and defend the right to life, liberty, and the pursuit of happiness. It is anti-American and something that you see in communist nations like China.”

Aside from fighting to protect innocent life, Congressman Mills has been a leading voice fighting to outlaw the protect our strategic petroleum reserves from being sold to hostile foreign enemies, investigate the politically motivated weaponization of the federal government against its citizens, repealing the 87k IRS agents proposed by the Biden Administration and Democrats, and to stop further funding for Ukraine.

Thanks to the American people who elected a @HouseGOP majority. We are already delivering on our promises:

He has also promised to file legislation that would make it a federal crime for publishing houses to disseminate filthy pornography books to minors, allowing them and their co-conspirators in the education system to be charged with felonies for providing pornographic content to minors.