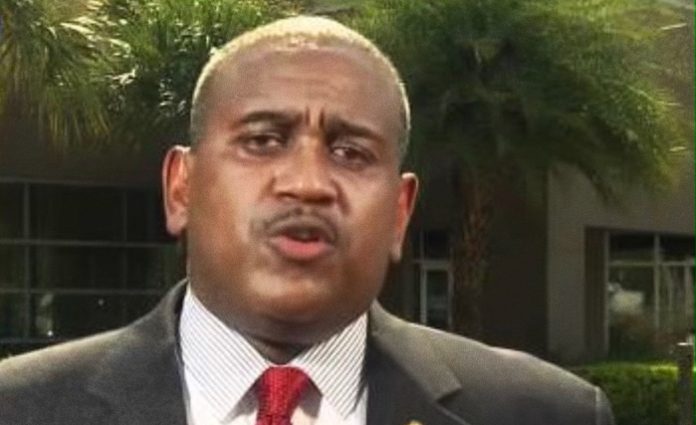 Dating back to his time at Disney in the mid-2000’s as the Senior Global Manager of Diversity and Inclusion, Democrat State House District 45 candidate Allie Braswell has a long history of cop-hating, race-baiting, and woke activism.

As Democrats in Florida and beyond continue to push divisive woke policies across the United States, Floridians have thankfully been spared of the criminality that has swept across progressive strongholds in places like Chicago and New York City where wokeness has become the law of the land.

These locales have spent decades responding to lawless anarchy and drug abuse with solutions like open-air drug markets, refusal to prosecute criminality, and adoption of “diversity and inclusion.” As a result, we have all seen the videos of random attacks on law-abiding citizens, unchecked looting, entire city blocks abandoned by law enforcement and left to a woke fueled malaise of depravity.

However, long before places like Portland and Seattle became what they are today, the downfall began with the woke ideologies of diversity, inclusion, and equity. It all began with ideas of evening the playing field and creating an equitable world.

Enter Allie Braswell, the Democrat candidate for Florida House District 45. Decades before Disney began censoring their classics or inventing characters to satisfy the woke mob, Braswell was the Senior Global Manager of Diversity and Inclusion at Disney, beginning in 2003.

For seven years, he helped shape their Diversity and Inclusion policies, ushering in the modern Disney that views their employees as gendereless, censored harmless classics, and recently released a TV show for kids that featured a transgender robot discussing hypersexualized adult content.

He has also built his private sector career offering similar advice to business across the United States and world. After Disney, he did the same thing for Florida-based credit union Vystar, serving as their VP of Diversity, Equity, Inclusion.

Politically speaking, Braswell has also stoked racial division through his campaign efforts and prior years as a private citizen.

While the President of the Central Florida Urban League, which Braswell bankrupted under his leadership (driving them into a $300,000 deficit) before being forced out, he accused the law enforcement officers handling the Trayvon Martin case of being “racist.” He also called for the repeal of Florida’s “Stand Your Ground” law which allows citizens to protect themselves, their families, and their communities.

In the aftermath of the death of George Floyd, a career criminal who high on ungodly amounts of fentanyl and other narcotics while resisting arrest, Braswell cheered on the violent Black Lives Matter protests that followed. Of course, those protests causes billions of dollars in damages, left dozens of cities burnt to the ground, and esulted in dozens of murders of both citizens and law enforcement officers.

Did they fall short because they didn’t promise to fight to end cash bail or refuse to arrest those engaged in looting local business?

Does he believe that BLM thugs who attack fellow citizens defending their businesses and families should be prosecuted while letting the BLM thugs walk free?

Is Mr. Braswell wanting to import the violent criminality we see in Chicago and New York to the Free State of Florida?

Why has he never denounced the damage, loss of life, economic robbery, lack of community safety, and harm on law enforcement officers as a result of the Black Lives Matter mob he ginned up?

Far past Braswell’s dalliances with the freedom killing woke weirdness, he also supports filthy pornographic material being made available to underage school children. He also thinks that marxist critical race theory curriculum be injected into Florida’s public school system along with common core math that wants us to believe that 2+2=5.

Braswell launched a campaign as a Democrat for Chief Financial Officer in 2014. He was in the race for less than a week before the Florida Democrat Party called on him to drop out due to his recurring financial problems, including multiple personal bankruptcies and how he ran the Central Florida Urban League into the ground.

He can’t balance his own budget. He ran the Central Florida Urban League into the ground, costing them $300,000.00 annually.

Braswell also supported granting felons an unreviewed, unmonitored, and unfettered right to regain their voting access, despite forfeiting those rights engaging in criminal acts. This was in 2012, many years before Florida crafted legislation providing a framework for felons to re-engage themselves in civic participation after paying all costs related to their crimes and finishing their sentences handed down by a jury of their peers.

And have you, or anyone been victimized by AI controlled red-light cameras, which many states have said are unconstitutional and allow these private companies to unfairly extract WAY more than is legally allowed on behalf of local governments?

Like Disney’s waltz towards wokeness, Braswell worked in a senior role for ACS State and Local Solutions in the early 2000’s, who were on the frontlines of developing and then licensing red-light camera technologies to government or law enforcement agencies.

During Braswell’s time in Washington DC, ACS got a contract with the District of Columbia, netting over $21million in fines for speeding or running red lights, of which ACS received nearly $8million of those fines. DC had to alter the contract because of citizen backlash relating to how under the current agreement with ACS, that the company would be motivated to trigger tickets through AI because they had a financial incentive to do so.

“It leads to a legitimate question of the credibility of the program. It’s not necessarily a bad thing if it’s done correctly.” said Justin McNaull, a Mid-Atlantic regional spokesman for the American Automobile Association and a former police officer.

The city of Sacramento, Calif., has also been looking to change its ACS contract to a flat fee, a police spokesman confirmed.

Officials in Denver, Colorado also filed suit against ACS, the company where Braswell held a senior position in the early 2000’s.

A class-action lawsuit on behalf of more than 150,000 people ticketed as a result of Denver’s photo radar system was filed late Monday against Denver and the company that provided the city with three photo radar vans. The lawsuit, filed by Daniel Hoffman and Daniel Reilly, two of the state’s best-known lawyers, claims that the city and van-provider ACS State and Local Solutions violated state and city law in running the photo radar operation.

Specifically, the lawyers charge that the city paid, and that ACS State Local Solutions received, millions of dollars based on the number of photos taken, rather than on the value of the photo radar equipment – both in violation of state law. Further, the lawsuit contends that ACS illegally performed Denver Police Department duties in violation of the city’s municipal code.

There also remain questions about how he is qualifying for a 70% a year in military disability, despite the fact that he has been photographed skydiving on at least one occasion over the past few years and we have learned that this may have been one of several instances.

“At 70%, a veteran has occupational and social impairment with difficulties in most areas, including work, school, family relations, judgment, thinking, and mood. People rated at 70% are living in a near-constant state of panic or depression. The 70% level is where suicidal ideation is first mentioned in the rating schedule.”

And on the issue of him collecting a military disability, we must recognize the respect he deserves for his twelve years of service in the United States Marines from 1982 to 1984.

However, with his history of financial mismangement and the state of Florida’s recent crackdown on disability fraud in Florida, one has to wonder how he can reason that he should be receiving 70% military disability while jumping out of airplanes, as the requirements state that a recipient must live in a near-constant state of panic or depression.

Personally, if the serious physical or mental issues as required by Mr. Braswell required to obtain the ongoing 70% military disability, skydiving for fun wouldn’t necessarily be something that a physician would prescribe to deal with those issues, obviously.

Mr. Braswell should release his disability results to show that he truly qualifies for such benefits.

We won’t spend any time asking Allie Braswell to apologize for supporting the unconstitutional lockdowns or fawning of Dr. Anthony Faucis. We won’t ask him to explain his support for the policy stances of both Hillary Clinton and Bernie Sanders.

But he owes voters in Florida’s 45th House District a whole host of other explanations on everything from wokeness, race-baiting, cop hatred, his history of financial mismanagement, and the use of AI to improperly access our social security numbers and make a gross profit for his employer over the years…

*Allie Braswell’s campaign refused to go on record denouncing pornographic material for children in public schools, the destruction and violence of BLM, declined to say if he was in favor of cash bail or dropping criminal charges for people based on their race, or clarify if he believes children should be forced to get the experimental COVID-19 vaccine in order to physically attend public schools in Florida. 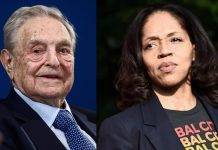 Soros Funded Prosecutor Could Be Next FL Attorney General