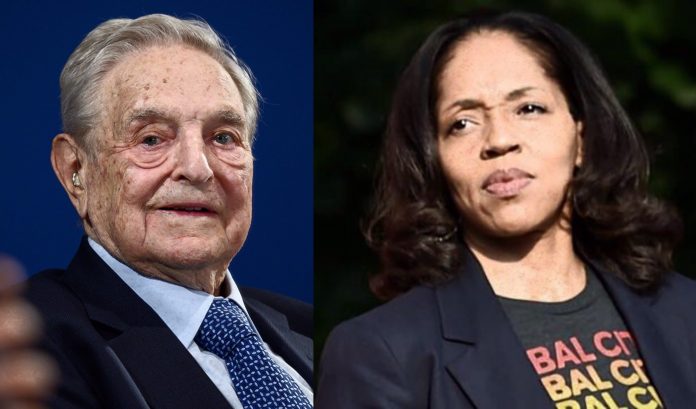 Aramis Ayala, the former Orange and Osceola County State Attorney, who received large dollar injections from George Soros and hired his PR firm on the taxpayer dime after securing victory, is taking on current Attorney General Ashley Moody this November.

Before addressing the looming threat that globalist billionaire George Soros poses to statewide elections in Florida in November, most importantly the offices of Attorney General and Governor, we have to examine the one candidate for office in Florida who will likely usher in millions of dollars from Soros funded political committees.

Her name is Aramis Ayala, the former State Attorney for Orange and Osceola County. Ms. Ayala was elected following this journalist exposing then State Attorney Jeff Ashton for accessing the extramarital affair website Ashley Madison on a government issued computer and during work hours. Many might remember Ashton as the Assistant State Attorney who infamously failed to earn a conviction in the Casey Anthony case.

Our reporting on Ashton’s use of Ashley Madison, his political persecution of a former State Representative, and the poor conviction rates during his first term hampered Ashton’s re-election chances. However, the formation of a Soros funded political action committee weeks before the primary election in 2016 sealed Ashton’s fate and proved to be the deciding factor in getting political newcomer Ayala across the finish line. That PAC spent a whopping $1.3 million in the final stretch on behalf of Ayala’s campaign, according to Florida Politics.

Once she was elected, she declared that she would not pursue the death penalty in any cases that came before her office, no matter the circumstances. This included not pushing for the death penalty when it came to cop killer Markeith Loyd, who murdered his pregnant ex-girlfriend in cold blood before gunning down a female Orlando Police Department deputy.

Ayala would explain on a local Hispanic radio station that she believed that his crimes were “not heinous enough” to merit the death penalty. Yes, the Democrat running against incumbent Republican Attorney General Ashley Moody, thought a cop-killing career criminal who also took the lives of his ex-girlfriend and her unborn child wasn’t “heinous enough” to merit the electric chair.

This led then Governor Rick Scott to assign the case to a neighboring State Attorney. Ms. Ayala would also drop the death penalty in three other shockingly depraved cases before her office before leaving office (she declined to seek re-election).

Soros groups like the Open Philanthropy Project were quick to give no-process grants to several groups connected to Ayala and her husband, to the tune of millions of dollars, which this journalist reported on in April of 2017. These groups included the Florida Safety and Justice Committee and the Florida Felons Rights Restoration Coalition.

FFRC got close to $200,000 from Soros’ Open Philanthropy Project after the globalist billionaire directed $1.3m to support Ayala’s bid for State Attorney. The group was founded by Ayala allies. Not surprisingly, Ayala’s husband David, himself an ex-felon, was quickly hired by the group.

After exposing these connections, George Soros’ PR flack swiftly demanded a retraction, a request that was summarily denied.

Operatives from FFRC and the Florida Safety and Justice Committee were busted helping State Attorney Ayala craft talking points in response to the public backlash over her decision to not pursue the death penalty in any cases, as reported by WKMG Local 6 in Orlando.

While Ayala ultimately would decline to seek re-election, her handpicked successor Monique Worrell received $1.5million from a PAC connected to the Florida Felons Rights Restoration Coalition. Of course, the funds were traced back to George Soros, according to Florida Politics.

Worrell famously promised during her campaign to end the cash bail system, using race as a basis to determine whether or not to prosecute someone for a crime or require jail time for any offenses, and “police accountability,” which included a database of law enforcement officers who had made politically incorrect comments on social media or in-person.

However, unlike Worrell, Ayala concealed her most problematic far-left stances during her campaign for State Attorney in 2016 and flew under the radar because of her inability to raise funds for her campaign. Before the injection of Soros cash in 2016, Ayala’s was widely viewed as being “dead on arrival” by nearly anyone who was paying attention.

Now, as Ayala reaches the final three weeks before facing Republican Attorney General Ashley Moody at the ballot box, her campaign is once again flat broke. Moody has thus far declined to launch any meaningful attacks against Ayala as she deploys millions in TV ad buys touting her own incredibly impressive record as Florida’s top-cop during her first term.

It’s important to remember that this is the same exact approach that Ayala’s opponent, incumbent State Attorney and fellow Democrat Jeff Ashton took in 2016. Like Moody, he had the endorsements, the campaign cash, and for all intents and purposes, the community support to cruise to a second term.

Republicans in Florida and across the nation would be wise to not discount the looming millions of dollars inbound from George Soros to push Ayala across the finish line in November’s midterm elections.

In 2016, he waited until two weeks out to pull the trigger. During a time where Governor Ron DeSantis has drawn the ire of the mainstream media and progressive groups almost as badly as President Donald Trump, coming forward in the final hours to once again help purchase an elected office for his lackey Aramis Ayala is simply too good an opportunity to pass up.

Not only could he secure her role as an activist Attorney General that will launch Russiagate style investigations from within against Governor Ron DeSantis, a cash injection from Soros could assist the whole slate of Democrat candidates seeking cabinet positions this November in Florida.

For this reason, Republican voters, sane Democrats, and middle of the road Independents should be laser focused on the Attorney General race in Florida.