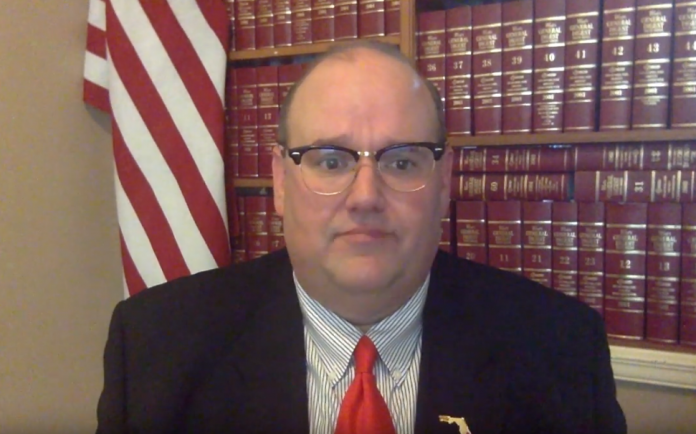 Charles Hart, who currently serves as the Chairman of the Orange County Republican Executive Committee, reportedly spent thousands in party funds for a regular segment on the American Adversaries program.

In the months leading up to announcing his campaign for Florida House of Representatives in District 39, Orange County Republican Chairman Charles Hart allegedly began directing at least $500 a month to sponsor a local radio broadcast that allowed him to appear on the program, providing political commentary and updating listeners on what the Orange County Republican Executive Committee is focusing on in the lead up to the 2022 midterm elections.

This is not uncommon for AM/FM talk radio stations to offer such an arrangement, as they are responsible for securing their own advertisers and routinely inform listeners about segments sponsored by certain advertisers.

More specifically, the fact that Chairman Hart’s appearances on American Adversaries has helped raise his name recognition across Central Florida, has left a bad taste in the mouths of dozens of Orange County Republicans who do not think Chairman Hart should be allowed to use party funds to bolster his campaign for State House, where he faces two other Republicans in the August 23rd primary election.

“He should immediately terminate any further spending on personal vanity projects and commit to repaying the Orange County Republican Executive Committee in full. Especially now that he is a candidate for elected office, he knows full well that party leadership and members are forbidden from getting involved in primary elections, especially without a full vote before the Executive Committee or extraordinary circumstances,” said a party insider who wished to remain anonymous.

Let me be clear, I have always liked Chairman Hart and respect him for his leadership of the Orange County GOP over the past four years. However, this innapropriate spending of party funds is not acceptable.

Campaigns take months to strategize and plan before coming to fruition, which means he knew the intended effect of directing party funds to American Adversaries in return for being a featured commentator on the program.

In recent weeks, Hart’s work as a public defender representing drug traffickers, rapists, and child molesters has become a point of contention ahead of the August 23rd primary elections in Florida. Several third party groups have sent out direct mail pieces highlighting this, along with funding digital display ads to voters in Florida’s 39th State House District.