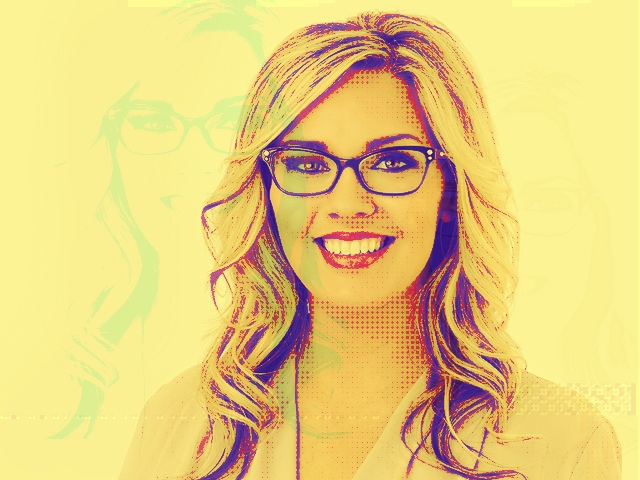 Liz Cornell, who we exposed for her shady business dealings and failure to vote for President Trump and Ron DeSantis in their contested primaries, broke up the Grizzard family of Lake County by seducing businessman Gus Grizzard as early as 2018.

Writing articles like this has to be one of the most difficult and unrewarding parts of being a journalist. We have all been victimized in one form or another by broken homes at some point in our lives. And for most of us, those trials and tribulations remain deeply personal, something that does not ever have to become visible to the public.

However, when you decide to run for public office and demand the voters put their trust in you as their representative in our governmental process, scrutiny before the election is the best way for citizens to determine whether or not they cast their ballot for you on Election Day.

That’s how we get to Liz Cornell. In late 2018 or early 2019, Cornell began an extramarital affair with Lake County real estate leader Gus Grizzard, who employs over 100 members of the community through the ERA Grizzard Real Estate firm, which was founded by his father decades ago. Gus Grizzard purchased the firm from his father Tom in 1993 and has been expanding their operations ever since.

Due to his success in the real estate world, Gus and his former wife of almost twenty years, Lori Grizzard, were able to support innumerable charitable organizations like March for Dimes, the Wounded Warrior Project, and several annual events in Lake County that helped local governments or business groups raise funds for worthwhile causes.

The positive economic impact through the Grizzard Real Estate firm, bolstered by the dedication of Lori Grizzard, had a major influence on the well being of Lake County residents over the years, especially so because of the unified action by the family Grizzard.

Sadly, this powercouple encountered an extremely challenging situation as soon as Liz “Elizabeth” Cornell traipsed into their lives. According to several sources, Ms. Cornell initiated an extramarital affair with Gus Grizzard in late 2018. She pursued him, despite knowing that he was married and raising two daughters.

Before those of you who are reading this give me heat… yes…. I understand that it takes two to tango. I understand that Ms. Cornell and Mr. Grizzard both decided to do something that is not only unethical by most standards, but definitely immoral when it comes to the Word of God.

This tryst, which was ultimately and unfortunately discovered by Lori Grizzard, resulted in her filing for divorce, according to Lake County court records. A close family friend told the Central Florida Post that Ms. Grizzard, who we have attempted to contact, only needs positive things in her life right now.

“She does not want to open the floodgates on this. Lori has decided to not ever speak about this again and is doing so to avoid the negativity and unfair impact it would have on her children,” said the source who we have agreed to keep anonymous for the sake of Ms. Grizzard.

Now, why should this matter to voters in Florida’s House District 25? Here is why it matters.

Liz Cornell regularly in appearances with voters speaks to her being the proud daughter of a Southern Baptist preacher and a devout Christian. However, as we reported last week, she has violated her Christian upbringing by cheating her neighbors through her financial planning business and by refusing to pay contractors doing updates on her home.

Never-mind the horribleness of cavorting with a married man that you have pursued, Ms. Cornell should have at the very least known that her actions would not just affect the spouse of the man she was cheating with, but also his two daughters. This is not to say that behaving as a trollop with a married man is okay if he does not have children, it’s just highlighting the point that this was not just marriage violating encounters between two childless consenting adults.

This is of course a tragic situation. Liz Cornell abandoned her Christian upbringing to break up a decades long marriage, with children suffering greatly because of her actions. Mr. Grizzard also bears the brunt for responsibility in this whole saga.

But how can voters trust Liz Cornell as their elected representative after she has demonstrated a less than zero approach to morality and ethics in both her personal and professional life?

She has deceived her clients, failed to pay contractors working on her home, and knowingly engaged in an extramarital escapade that destroyed one of Lake County’s most well respected families.

If Liz Cornell is willing to cheat her clients, cheat her contractors, and cavort with a married man… how is she going to treat the taxpayers if she were to be elected to the State House?

Unfortunately it appears that Ms. Cornell has forgotten Colossians 3:17…

“Whatever you do in word or deed, do all in the name of the Lord Jesus, giving thanks through Him to God the Father.”

What she has done in both her words and her deeds is not just a red flag, it’s a radioactive dumpster fire of ungodly acts.