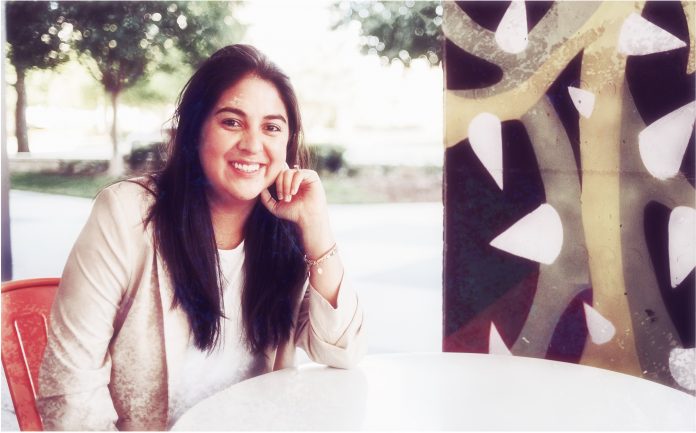 Orange County School Board Candidate Maria Salamanca, who is running for the open seat in District 2, accepted a $500 check from a DC lawyer who is also a Soros Fellow. A whopping 62% of Salamanca’s contributions have come from out of the state of Florida, mostly from left-wing states like New York and California.

In just twenty days, voters across Florida will head to the polls to participate in the August 23rd primary elections, casting their votes for candidates in local, state, and federal elections.

Voters on the Eastside of Orange County have an important decision to make in the District 2 race for Orange County School Board amid widespread concerns from thousands of parents who are irate over pornographic books aimed at sexualizing children being provided to their children by public school employees without parental consent.

This journalist exposed one such book, filthy pornographic and sometimes pedophiliac graphic novel Gender Queer in October of 2021 during the public comment segment of an Orange County School Board meeting. The novel includes graphic written discussions about sex, including discussions on sex toys, along with disturbing visual depictions of homosexual sex acts.

Jen Cousins, who is an Orange County parent, has been at the forefront demanding disgusting books be given to schoolchildren without parental consent, is one of Salamanaca’s biggest campaign supporters. Cousins has erroneously stated that Gender Queer includes no pornographic content or imagery, even claiming on Facebook that she loves reading the filthy pornographic book to her VERY YOUNG children.

Cousins has also brought her children to drag shows and is currently suing the DeSantis administration over the “Parental Rights In Education” legislation that forbids public school employees from discussing matters relating to sexuality or gender identity with school children in K-3. Her lawsuit is being handled by Lambda Legal, an LGBT lawfirm that infamously  infamously published a book in the 90’s titled “Little Black Book,” which included tips and tricks for LGBT youth and men on how to safely engage in anonymous sex in public parks or places, training them on how to subvert undercover law enforcement trying to shut down these dangerous encounters, which can involve unprotected sex between adults and even interactions between minors and adults.

And over the past week, Cousins’ non-profit, Florida Freedom to Read, held secretive book drives for media specialists in Orange County to procure donated books for the upcoming school year, presumably including filthy pornographic novels like Gender Queer and racist anti-White childrens books promoting Critical Race Theory, which are not allowed thanks to the STOP WOKE ACT in Florida public schools.

Our 1st inclusive book distribution was a success!

The venue change kept trolls away, so Media Specialists across 4 counties filled bags full of books w/ only support & praise for the work they do!

Maria Salamanca has openly touted her campaign being endorsed by Florida Freedom to Read and is seen on social media appearing alongside Cousins, who has organized multiple door-to-door campaign events in District 2.

Great job in the OCPS D2 debate last night @votemaria_ocps! Your fresh perspectives and lived experiences as an immigrant who grew up in the OCPS system are an asset to the community you will represent! #VoteMaria #OCPSD2 pic.twitter.com/P62RbIp70l

So it should come as no surprise to parents and voters that Salamanaca accepted a $500 contribution from Matthew Nguyen, a DC-based attorney who earned a Soros Fellowship that helped pay for his law school degree. The scholarship was funded by the Paul and Daisy Fellowship for New Americans, which supports both legal and illegal immigrants by covering the cost of their higher-education endeavors.

Paul Soros has been described as the “invisible” Soros and admitted in the late 50’s how he, like his brother, escaped war-torn Hungary after pretending to not be Jewish and potentially collaborating with the Soviets and Nazi war machines.

Nguyen, according to his LinkedIn, has worked for a host of progressive politicians who seek to defund the police, make our communities less safe by releasing violent illegals and criminals onto society after serious drug or violence related charges, force unsustainable green energy policies on the American people.

Matthew Nguyen currently works for Cooley LLP a major law firm. Dating back to 2010, their annual political donations as a law firm go to Democrats at a rate of 87% to 97% annually. Some of the candidates they have donated to in 2022 alone include, Senate Minority Leader Chuck Schumer, Congresswoman Liz Cheney, Congressman Eric Swalwell, the anti-Trump pedophile scandal ridden Lincoln Project, and J6 Committee member Congressman Jamie Raskin.

Given Salamanca’s connections to pro endless lockdown and mandate politicians who would rather see us in a pandemic mentality in perpetuity, voters in District 2 should be very concerned about the totality of Salamanca’s worldview when it comes to educating students in Orange County Public Schools.

She is even proud to count the support of the anti-constitution gun banning group, Moms Demand Action.

TOMORROW: We're canvassing with volunteers from @MomsDemand Orlando, but all are welcome to join #TeamMaria!

Are you down to help out tomorrow? We're meeting tomorrow in the #Colonial area, sign up here: https://t.co/3mOJCc04QA

Even more concerning is the fact that Salamanca is an official member of the “let’s sexualize our children” crowd, who thinks there is nothing wrong with bringing children to drag shows or pumping our schools full of pornographic and pedophiliac filth.

By electing Maria Salamanca, who like myself, is an alumnus of Timber Creek High School in East Orange County, voters would be installing someone who wants to force masking mandates and dangerous vaccines on our school children, along with radical policies like Critical Race Theory and providing kids with pornographic content.

Worst yet, Salamanca refuses to support arming qualified, trained, certified teachers to protect our students in the event of a mass shooting.

Point blank, she not only wants to intellectually rape Orange County Public Schools children with her radical ideas, she wants them to leave them completely unprotected from the threats of mentally deranged individuals missing firearms to cause mass casualty events.

Maria Salamanca is a progressive psycho who does not deserve the right to represent our educators or students on the Orange County Public School Board.