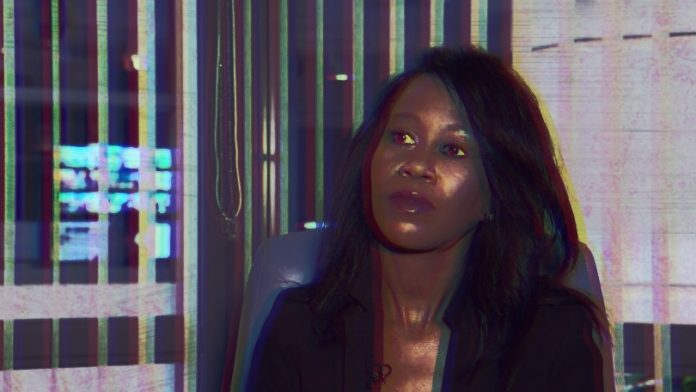 Vennia Francois, a third time candidate with longtime ties to the globalist Bush era of the Republican Party, is trying to become a member of the Florida House of Representatives in House District 45 in the spirit of America First.

Even as the GOP continues to become more ardently America First and against globalism, a State House candidate in Central Florida is deceiving voters about her well documented past working for some of the worst offenders of the Bush / Romney / McCain era of the Republican party.

Her name is Vennia Francois, a two-time failed congressional candidate who earned over $200,000.00 for former United States Senators George LeMieux and Mel Martinez according to Legistorm, which tracks congressional salaries and lobbying contracts. LeMieux stated in 2016 that Trump was “unelectable” and that the GOP should replace him as the nominee.

“Donald Trump’s demeaning view toward women, his lack of judgment, temperament and common decency disqualify him from public office,” LeMieux said in a telephone interview with the Sun Sentinel. “For the good of our party, and our country, he should step aside immediately.”

BUSH PLANT: Republican With Ties To Deep State Mounts Another Bid For Congress

Before Donald Trump won the GOP nomination for President of the United States in 2016, Francois’ former boss and United States Senator Mel Martinez infamously stated that he would not vote for Trump and that he “wished Joe Biden had run.”

“If there is any, any, any other choice, a living, breathing person with a pulse, I would be there,” he told the Wall Street Journal in February.

Both LeMieux and Martinez, who used to represent the state of Florida in the United States Congress’ upper chamber, have DEEP ties to the America Last establishment GOP.

Before we address Francois previous employment with two prominent globalist members of the Republican establishment, we must first unpack her first two campaigns for congress and explain to Central Floridians why they matter.

In 2018, Francois ran for the GOP nomination in Florida’s 7th congressional district in hopes of facing Chinese Communist Party linked Democratic Congresswoman Stephanie Murphy, who is also voted for the false two impeachments of President Donald J. Trump and currently serves on the phony J6 Committee.

During this campaign, Ms. Francois also attempted to convince voters that she was firmly in President Trump’s corner, while failing to acknoledge her past employment with United States Senator George LeMieux, who called Trump unelectable and stated that he should be replaced as the nominee. Francois served in a high-level role in Jeb Bush’s campaign before he crashed and burned in the Republican primary for President of the United States in 2016.

In that same year, she gave an interview to OZY Magazine, stating that she “did not” vote for Donald J. Trump in the 2016 election.

“Yet Francois declined to say whether she was one of the estimated 4 percent of Black women who voted for Trump, noting only that she didn’t back Hillary Clinton.”

Francois has never apologized for being aligned with Jeb Bush or her former boss George LeMieux, who did everything in their power to help Hillary Clinton defeat Donald Trump, or for refusing to vote for Trump in the historic 2016 presidential election.

LeMieux was a longtime advisor to Republican turned Democrat Charlie Crist, labeled as the “chief architect” of his numerous successful campaigns for elected office, first as Attorney General and then as Governor. Crist has become a DeSantis and Trump hating candidate for Governor in 2022, after mounting a failed bid for United States Senate as an Independent, but was subsequently elected to the United States Congress as a Democrat in 2016.

That didn’t stop Francois from running again in 2020, this time in Florida’s 10th congressional district against Val Demings, who was one of the House Impeachment managers. She challenged Orlando based Pastor Willie Montague in the GOP primary, who has a long history of being an America First advocate. She continued to deceive voters during the primary, again feigning support for President Trump and America First during her outreach to voters.

Unlike 2018, Francois successfully conned Republican voters into giving her the nomination and going on to lose by 30% to Val Demings. Montague, an actual longtime resident of Central Florida, unlike the Virginia transplant Francois, is favored to win this year’s Republican nomination for the open seat in CD10 as Val Demings runs for United States Senate against incumbent United States Senator Marco Rubio.

Now, Ms. Francois is again trying to hoodwink honest taxpaying citizens into supporting her campaign in the GOP primary for State House of Representatives in House District 45 in Central Florida.

She is doing so in spite of the fact that she refused to call for a pardon of Trump advisor Roger Stone who was politically persecuted by the corrupt Mueller investigation, failed to confirm that she believes that Antifa is a domestic terrorist organization, or to jail treasonous members of the Deep State during her 2020 congressional bid.

And for those thinking that Francois has somehow forsaken her masters in the Never Trump Republican establishment, her campaign finance reports reveal that she has taken contributions from her former Trump hating boss and United States Senator George LeMieux, who proclaimed that President Trump’s ban on Muslim migration was “unAmerican,” on Twitter in 2015.

Donald Trump's call for a ban on all Muslim immigration is unAmerican and violative of our core principles. #sayfie

This should concern GOP primary voters in Florida’s 45th House District. The modern Republican Party is all about the core principles of the America First movement, highlighting the accomplishments of President Donald J. Trump, and re-electing great Governors like Ron DeSantis who refuse to bow down to the Deep State and New World Order.

Electing Vennia Francois to the Florida House Representatives is like giving Liz Cheney or Adam Kinzinger a foot in the door to the state legislature in Florida, so that they can later parlay their standing in local office to mount campaigns for federal office.

The moral of this story should be that local elections matter, period and FULL STOP.