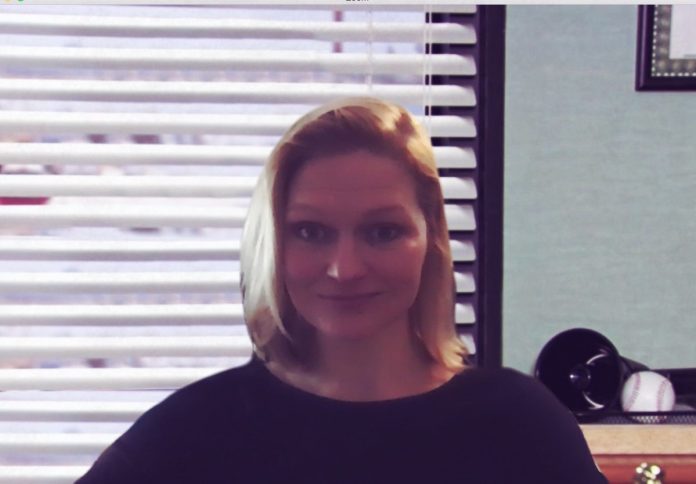 Kirsten Borman Dougherty, Webster’s Chief Strategist and Advisor since his first campaign for congress, has taken hundreds of thousands of dollars from Never Trump members of congress who voted to impeach President Trump, keep warmonger Liz Cheney as the leader of the Republican Conference Chair, and establish the fraudulent January 6th Committee.

The Central Florida Post has spent months uncovering the deep establishment ties that career politician Dan Webster has in both Washington DC and across America. Webster, the current incumbent in Florida’s 11th congressional district, even refused to affirm (on camera) that the 2020 election was fraudulent and stolen from President Donald J. Trump, which a journalist for this publication caught on camera late last year.

He is running against investigative journalist and free speech activist Laura Loomer in the August GOP primary later this summer, with voting taking place on August 23rd. Loomer has been barnstorming the Central Florida district over the past few months, garnering major support from the pro-Trump and America First wing of the Republican Party.

Her dedication to the America First movement recently garnered her support from Trump advisors Roger Stone and General Michael Flynn deep within the 11th district, where both men enthusiastically endorsed her campaign. And despite being banned on every major social media platform, Loomer has consistently outraised her incumbent opponent again and again.

Now, the Central Florida Post has discovered that Congressman Dan Webster’s Chief Strategist and Advisor, Kirsten Borman Dougherty, has taken hundreds of thousands of dollars from establishment Never Trump Republicans who are extremely worried about a firestarter like Loomer from being elected to the United States House of Representatives.

Congressman Peter Meijer not only voted for the phony second impeachment of President Trump following January 6th, he also stood with Congressman Blake Moore of Utah during a vote of confidence for Never Trump icon Liz Cheney, which helped her retain the position as Conference Chair for House Republicans.

Meijer also voted in support of the creation of the January 6th Committee, to hold former White House Strategist Steve Bannon in contempt of congress, and to reauthorize the Violence Against Women Act, which included provisions that allow transgender men to be housed in female shelters and prison wings.

Moore, who is part of the globalist aligned Republican Mainstreet Partnership, was also fined for his failure to disclose up to $1.1million in stock earnings during the COVID-19 pandemic.

So… just exactly how much has Dan Webster’s Chief Strategist and Advisor Kirsten Borman Dougherty taken from Meijer and Moore, including money from their leadership PACs in the past two years?

Personally, and through her company KB Strategic Group, Dougherty netted nearly $70,000.00 from Congressman Peter Meijer’s campaign and his aligned political action committee, Ginger PAC. Dougherty has also posted countless tweets praising Meijer and directing her followers to support Ginger PAC, without disclosing the amounts she has earned from the campaign and committee.

Given the documented stream of payments from Never Trump establishment Republicans to Dougherty, primary voters in Florida’s 11th district should have A LOT of questions about the Chief Strategist and Advisor to incumbent Dan Webster’s re-election campaign.

This begs a bigger question. What type of advice is she giving to Congressman Dan Webster as his Chief Strategist and Advisor? Is it the same advice that she is giving to people like Never Trumpers Peter Meijer and Blake Mooore?

The proof is in the pudding, as they say. Webster, who is rarely seen at local events in his district, materialized a couple of months back at the Lake County GOP’s annual Lincoln Day Dinner, the first time many of his constituents had seen him in person for quite some time.

Seth Keshel, an voter fraud and election integrity expert, was the keynote speaker. When he asked the crowd if they believed the 2020 election was plagued by fraudulent or illegal voting, the room of hundreds of the GOP’s most ardent activists and supporters all raised their hands to affirm that they believed something foul was indeed afoot in 2020.

All except Congressman Dan Webster and his table of congressional staffers. The 2020 election was indeed stolen from President Donald J. Trump, plagued by fraud and election violations as documented in the film 2000 Mules by filmmaker Dinesh D’Souza. After years of denial about election fraud from the media, Democrats (and Never Trump Republicans), the US Cybersecurity and Infrastructure Agency released a report stating that Dominion Voting Systems machines were indeed vulnerable to hacking in sixteen states during the 2020 election.

For GOP primary voters in Florida’s 11th congressional district, Dougherty’s documented ties to Never Trump Republicans, who side with Liz Cheney over President Trump, should be a major cause for concern.

With a Chief Strategist and Advisor like Dougherty at the helm of Congressman Dan Webster’s campaign, as she has been since almost a decade ago when he first ran, is Kirsten Borman Dougherty pushing her client towards the America Last or America First movement?

We are not in the business of telling people how to vote. However, a fresh face with true America First credentials like Laura Loomer seems to be a far better bet for the 11th Congressional District.