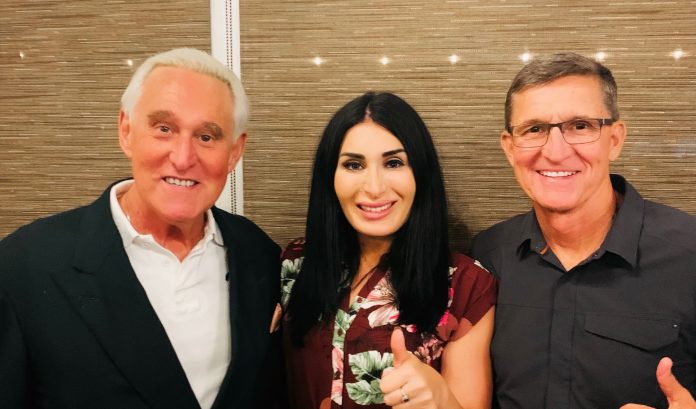 The two prominent Trump advisors, who were victims of the Mueller political witch-hunt along with President Donald J. Trump, will appear at an “Evening with Patriots” with FL-11th congressional candidate Laura Loomer in Wildwood, Florida on May 25th.

Investigative journalist and America First activist Laura Loomer’s congressional campaign has confirmed two of the biggest names in the MAGA movement for a campaign event on Wednesday, May 25th, according to a press release obtained by the Central Florida Post.

Loomer, who is running against incumbent Congressman Dan Webster (who refused to acknowledge the 2020 election was stolen), is expecting a large gathering of patriots later this month when she speaks alongside longtime Trump advisor Roger Stone and General Michael Flynn.

Both have previously endorsed Loomer’s campaign, but this will be the first time they will be in the district to make their case to voters on her behalf. 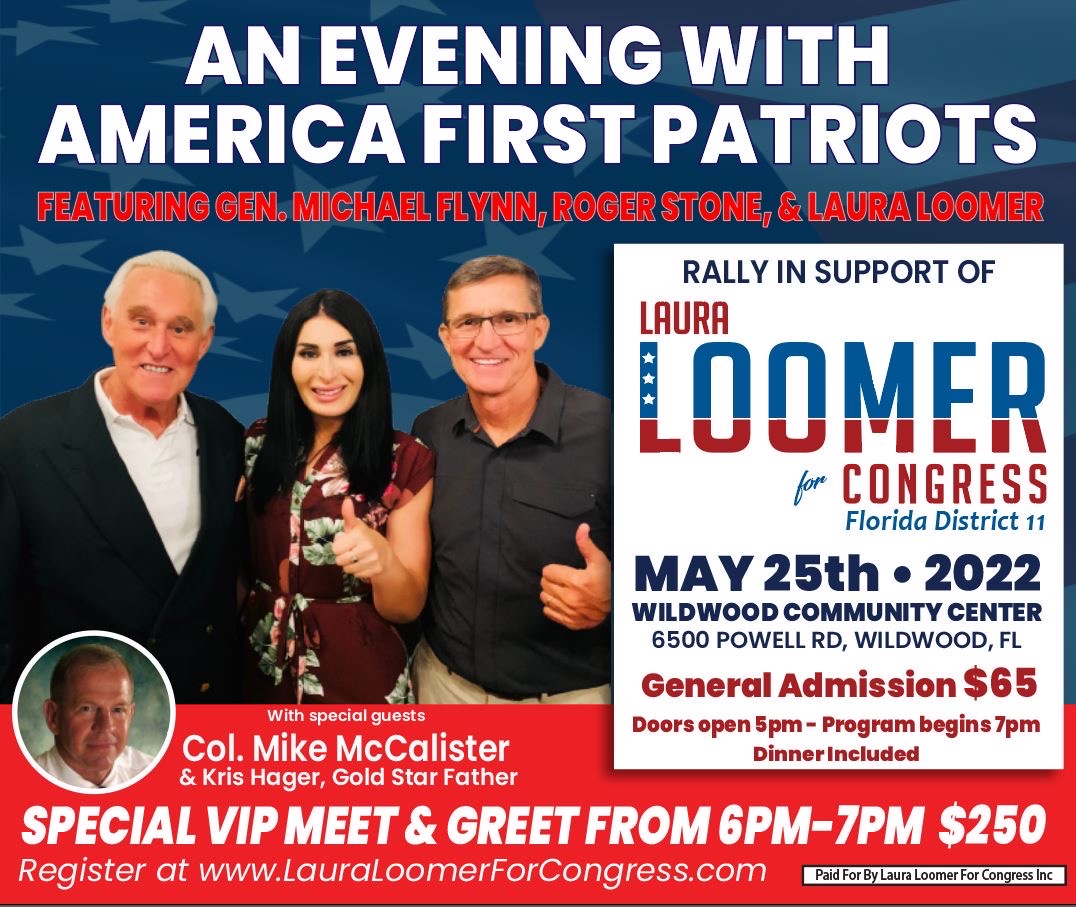 The event will take place at the Wildwood Community Center at 6500 Powell Road, with doors opening at 5pm. A special VIP “Meet & Greet” will go from 6pm to 7pm, before the main program starts, which will run until 10pm. Dinner is included for all guests.

Since announcing her campaign for congress in the solidly Republican Central Florida district, Loomer has captured the support of numerous grassroots activists and organizations upset over the absenteeism from incumbent Congressman Daniel Webster.

Mr. Webster has held state or federal elected office since 1980’s and many of his constituents are worried that he no longer has the physical or mental fitness to carry out even the most basic duties of a member of congress.

That hasn’t stopped Webster’s campaign from allegedly colluding with a spoiler candidate who recently jumped in the race, according to an article published earlier this week by The Floridian Press.

Roger Stone told the Central Florida Post that Loomer’s victory in the GOP primary against Webster is one of the “most important” in the nation.

“There is no more important Republican primary in America than the election of Laura Loomer. She will be a thorn in the side of the two party duopoly which seeks to cancel the US Constitution”

This event is a hot ticket for every America First patriot in Florida,” Stone explained to the Central Florida Post.

The Central Florida Post wholeheartedly agrees with Mr. Stone’s assessment and we encourage you to read our recent article detailing why voters should love Laura Loomer’s message and willingness to stand up to our very corrupt political system.

“Roger Stone and General Michael Flynn are the most ardent defenders of the America First movement created by President Trump. They understand that we need people in Washington who are willing to fight and take action. I’m honored to have their support as I take on Never Trump establishment career politician Do Nothing Dan Webster. I look forward to fighting for the people of Florida’s 11th district in Congress when I win my primary on August 23, 2022!,” Loomer told the Central Florida post when reached via text message.

To learn more about the event, please click here.