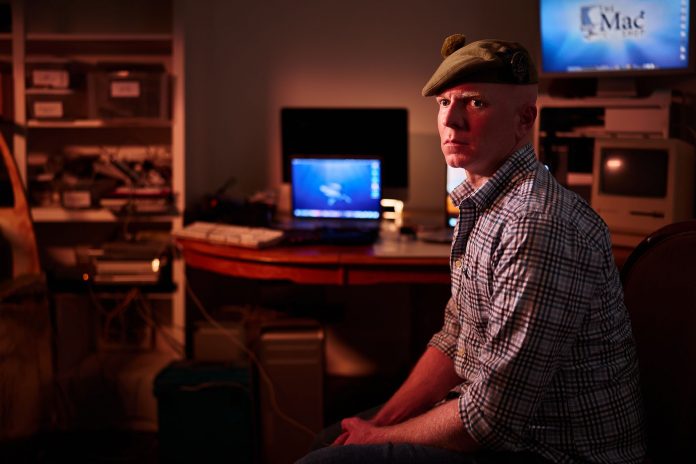 John Paul Mac Issac, the Delaware computer repair shop owner who discovered Hunter Biden’s “laptop from hell” has filed a lawsuit against Congressman Adam Schiff, CNN, The Daily Beast and Politico for claiming that he was an agent of the Russian state who was spreading “Russian disinformation” by bringing the contents of the laptop public.

*FIRST APPEARED IN THE GATEWAY PUNDIT*

The America Project, a 501c4 non-profit founded by Overstock.com CEO Patrick Byrne and General Michael Flynn, are supporting Mac Issac’s legal action. TAP’s main focus is election integrity and training Americans on how to spot election fraud, which Byrne believes is directly related to how the mainstream media and congressional Democrats not only covered up the Hunter Biden laptop story.

“John Paul Mac Issac is a courageous patriot who tried to do the American people a great service in referring the hard drive from Hunter Biden’s laptop to the FBI in order for them to investigate the many crimes that were documented on the device.

Sadly, not only did the FBI decline to properly investigate and issue indictments, they also remained silent as talking heads in the mainstream media and Congressman Adam Schiff parroted outright lies about Mr. Mac Issac.

Elected representatives like Congressman Schiff and journalists have a duty to seek the truth, a duty they abandoned for vicious political posturing that put John Paul Mac Issac’s life at risk and framed him as a Russian conspirator working against the United States of America,” Byrne explained.

According to Byrne, the lawsuit they are supporting on Mac Issac’s behalf is one of many they intend on becoming involved in to fight the injustices perpetrated against patriotic Americans by leftwing politicians and mainstream media journalists. The America Project will still focus on election integrity and exposing election fraud, but they believe that cases like Mac Issac’s are integrally linked to their core founding mission statement.

“When someone like Mr. Mac Issac is savaged by elected leaders and mainstream media journalists for simply telling the truth, it is an act that undermines our election integrity. We will no longer allow them to manipulate the electorate and bully brave citizens who dare to question the status quo, expose corruption, and fight for fair elections,” concluded Byrne.

This GP journalist was able to obtain an exclusive copy of the entire complaint, which is a whopping 175 pages, which you can read below.

And after years of sustained attacks by people like Congressman Adam Schiff and the fake news media, Mr. Mac Issac’s supporters have launched a Give Send Go to help him fund his lawsuit and aid the publishing of his tell all bookabout Hunter Biden’s laptop.

Good for John Paul Mac Issac and The America Project for standing up to these horrible bullies who are more than willing to ruin the lives of patriots at the drop of a hat. Now, it will be their turn in the hot seat (and under oath), where they will almost certainly lie and open themselves up to perjury charges.

This is a breaking news story and we will update GP readers as soon as new information becomes available.