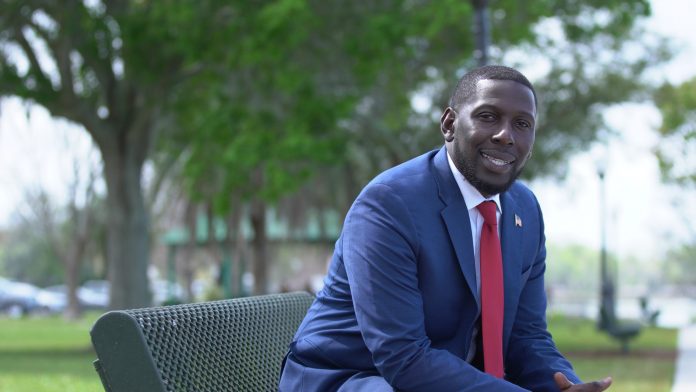 He has worked for years to give opportunity and improve lives in Downtown Orlando with his non-profit, House of Timothy, which helps at-risk youth avoid going down the wrong path.

Since 2017, residents of Florida’s 10th congressional district have been neglected by Congresswoman Val Demings, who cares more about partisan posturing than she does for the wellbeing of the people she represents.

From being involved in the phony impeachment scams against President Donald Trump to parroting every single Nancy Pelosi talking point she is fed, Demings has failed time and again to fulfill her duties as a representative of the people and steward of our tax dollars.

And like every slimy career politician, she simply used her election to congress to make backroom deals and run for even higher office. However, there is a silver lining in the fact that Demings is now running for the United States Senate and not for re-election in the 10th district.

Her exit means that it is now an open seat, one without an incumbent with ties to Washington power brokers who are experts at snuffing out challenges to the status quo.

Enter Pastor Willie Montague, who competed in the GOP primary to face Congresswoman Val Demings in 2020, falling just short of clinching the nomination. Unlike Demings, Montague has a servant’s heart and decades of work in the community to prove it.

Thus far he has run an aggressive campaign, appearing at dozens of rallies and helping lead protests over the unconstitutional pandemic lockdowns, restrictions, and forced vaccinations of our first responders.

I saw his passion for freedom and the constitution firsthand when we both protested the mask mandates at numerous Orange County Public School Board meetings. Mr. Montague has proven that he is willing to put in the work not only as a candidate, but as an activist supporting a wide range of constitutional minded groups and organizations.

And he is getting major backing from some of the biggest names in the America First movement. He was recently endorsed by General Michael Flynn and fellow African-American America First activist Kimberley Klacik.

Of all the candidates in the Republican primary, Montague is the youngest and easily the most energetic, which will come in handy for the general election where he will likely face-off against Democrat frontrunner Maxwell Frost, an anti-gun millenial activist who has become a darling of progressive Democrats and organizations across the country.

Montague has taken Frost to task repeatedly on social media, calling out Frost’s hypocrisy on key issues and his unwillingness to denounce the domestic terrorist organization Black Lives Matter, which Frost is deeply involved in.

“This campaign is not about me, it’s about restoring order and ethics in Washington DC. Yes, that’s a tall order, but God demands we take up the mantle of leadership in these moments. Anti-American and godless Democrats are doing everything they can to ruin this nation.

That’s why we must do everything in our power to protect freedom and Liberty. Our campaign is about giving power back to the people of this district and taking control back from career politicians who have abused the privilege of holding elected office for far too long,” Montague told the Central Florida Post.