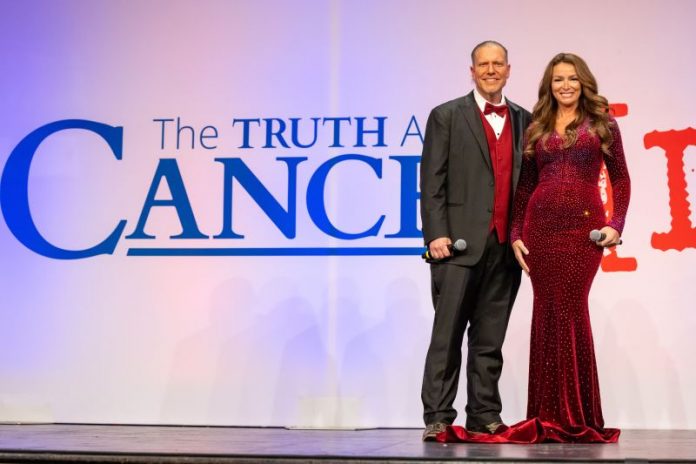 Husband and wife duo, Ty and Charlene Bollinger, the healthcare freedom activists behind “The Truth About Cancer Live,” plan to release a documentary tv-series titled “Propaganda Exposed” tackling the lies of the COVID-19 lockdown next week following a limited premiere at the church of evangelical faith leader Greg Locke in mid-April.

*FIRST PUBLISHED IN THE GATEWAY PUNDIT*

Both the Bollingers and TGP have been censored or completely banned from digital media platforms for exposing the fallible proclamations made by Dr. Fauci, the CDC, Biden administration and so-called “experts,” over the course of the COVID-19 pandemic.

TGP has been provided a sneak preview of part six of “Propaganda Exposed” which evaluates Forced Medicine and The Banking Cartel, focusing on how the state uses collectivism, bigotry and prejudice to control the narrative about COVID-19.

Available May 4th, Ty and Charlene Bollinger feel the message of the documentary series is so compelling that they will be offering 4-additional physical copies or digital download passes to each person who purchases.

“This has been a labor of love for Ty and I. Our goal with Propaganda Exposed remains consistent with everything we have done over the past two-decades, providing the people with the often uncomfortable truths about the so-called “experts” in the medical community. We have done our due diligence, we have double and triple verified the evidence presented in Propaganda Exposed, now it’s just up to the American people to make their decision about what is fact and what is fiction,” explained Charlene Bollinger.

The Bollingers currently organize “The Truth About Cancer Live” events across the country where thousands of people show up to hear from fellow medical experts, healthcare freedom activists, political commentators and those who have played a prominent role in resisting the mainstream narrative about the COVID-19 pandemic.