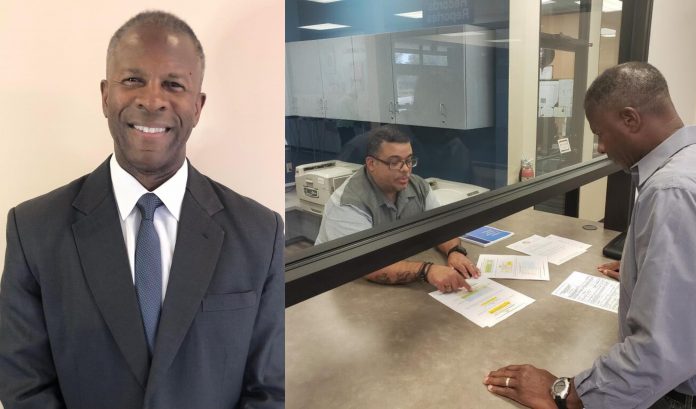 Anthony “Tony” Sabb, who has been an Orange County resident for over a decade, is also a United States Army veteran with over 25 years of service and a recipient of the Bronze Star.

For months, many have expected that first-term Orange County Mayor Jerry Demings was set to cruise to an easy re-election, at least that has been the conventional wisdom among local political operatives in a county where Democrats and Independent voters vastly outnumber registered Republicans. However, many of us have seen the disgust and distrust Demings has earned as a result of his heavy-handed COVID-19 lockdowns and mandated vaccination of Orange County employees, especially our law enforcement and first responders.

Regular protests supporting the importance of medical freedoms and personal choice over vaccinations were preceded by months of protests speaking out against the disastrous economic impacts of Demings’ draconian COVID-19 mandates. Mayor Demings even established a task-force to investigate, harass, and fine business owners who defied his orders in hopes of providing much needed services to their fellow residents and to earn a living so they could support their families.

Enter Anthony “Tony” Sabb, who filed to run against Orange County Mayor Jerry Demings on March 4th, according to the Orange County Supervisor of Elections website. Earlier this morning, the Central Florida Post was sent an official press release confirming Sabb’s challenge to Demings, which also included an invite to his campaign kick-off next week, which will be held from 5pm to 7pm at ACE Cafe in Downtown Orlando on March 15th.

Sabb entered active duty for the United States Army in 1983 as a Second Lieutenant, then graduated from the United States Army Field Artillery School and the Aviation Center of Excellence Flight School. During his 25 years of service as an Army aviator, Sabb commanded an Assault Helicopter Company as a member of the 101st Airborne Company and was later selected to command a Blackhawk Helicopter Assault Battalion a decade later. In this role he participated in numerous conflicts, including Operation Enduring Freedom, Operation Desert Storm and Operation Iraqi Freedom.

During this same time, Sabb attended the Air War College, where he obtained a Master’s in Strategic Studies and was then promoted to Colonel. He was then selected as the US Senior Operations Officer for NATO Rapid Deployment Corps in Istanbul, Turkey.

Over the course of his 25 years of service, Sabb earned the Legion of Merit, two Bronze Stars, and three Air Medals. Colonel Sabb is also a graduate of the US Army Jump Master Course and graduate of the US Army Ranger Course. His service to his country did not end after retirement in 2008, as Sabb became as defense contractor advising the 6 Special Forces Group in their efforts to train Afghan National Army Commandos and as the Aviation Training Director for the entire Saudi Arabia National Guard.

Sabb currently works as a program director for a communications firm in Central Florida, where he lives with his Beryl, having already raised three daughters.

“I believe in freedom. Freedom to run our own lives, raise our families without Government intervention and prosper with hard work. Our current Mayor illustrated, during this botched handling of the pandemic, he’s not fit for political leadership,” Sabb explained in the press release announcing his candidacy.

With his leadership background in the military and private business in the defense sector, Sabb is likely the most qualified and well-equipped opponents Demings has ever faced during his previous two campaigns for Orange County Sheriff and his 2018 campaign for Mayor of Orange County.

Those looking to attend his campaign kickoff should arrive at ACE Cafe in Downtown Orlando from 5pm to 7pm on Tuesday, March 15th.