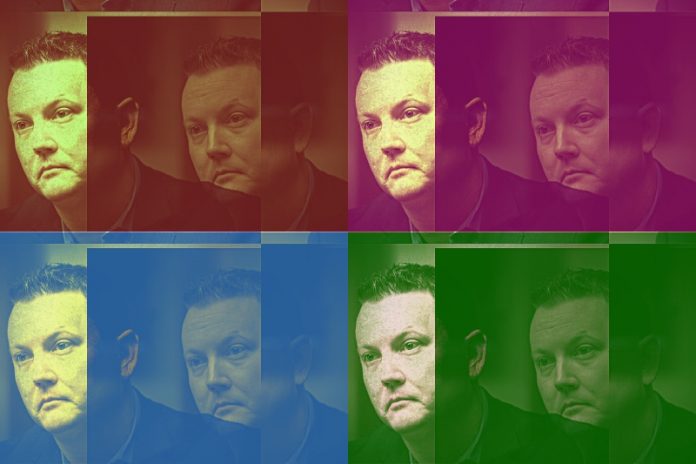 First-term Mayor Nicholas Fouraker has been candid about his felony drug conviction in the past, but has never revealed the shocking details about when he was busted trying to sell over $40,000 of MDMA (ecstasy) to an undercover agent.

A 2001 arrest report obtained by the Central Florida Post is shedding a lot more light on Belle Isle Mayor Nicholas Fouraker’s felony drug trafficking arrest from nearly two decades ago. Before we discuss the details contained within the report, it is important to note that we all evolve and have the capacity to right the ship over the course of our lives.

However, a critical part of elevating yourself from previous errors is to be completely honest and 100% upfront about exactly what happened, especially so for those seeking the public trust when running for office. In that regard, Mayor Nicholas Fouraker’s very narrow explanation of having a past felony drug conviction in his past is extremely insufficient.

Shortly before running for Mayor of Belle Isle several years ago, Fouraker served on a local Planning and Zoning Board, unable to seek further elected office because he was still a convicted felon. He was granted clemency by former Governor Rick Scott and had his rights restored, which paved the way for his successful bid for Mayor of Belle Isle.

In that campaign, Fouraker was never shy about his prior felony drug conviction, which is not in dispute.

So why didn’t he come completely clean with the voting public about what happened when he was attending college at the University of Central Florida in 2001?

Omitting key facts or elements is a clever trick and it is called lying by omission. The corporate mainstream media does it all the time, politicians are masters at it, and the American people are fed up with it.

At the peak of ecstasy use among Americans aged 18-35 (according to a report published by the Department of Justice), then UCF student Nicholas Fouraker traveled north to the Avenues Mall in Jacksonville to sell 5,000 pills of ecstasy to someone he believed to be a fellow drug trafficker. It goes without saying that petty drug dealers or first timers don’t just happen upon that amount of illicit narcotics just like that, they have likely spent a considerable “putting in the work” to reach that level.

While the arrest report does not specify what Fouraker intended to do with the drugs, it’s more than obvious that the predominant users of the MDMA (ecstasy) at the time were high-school seniors and his fellow college students. Fouraker was a student at UCF at the time of his arrest, with several other colleges or universities in the Orlando area that were the target demographic for his product.

Mayor Fouraker declined to elaborate on how long he had been selling drugs before he was busted in 2001. Had he gone undetected by law enforcement, who knows what could have happened if he were to flood local campuses with 5,000 units of ecstasy. Who knows how many people could have overdosed, or worse yet, fatally overdosed.

Thankfully, an undercover officer with the Jacksonville Sheriff’s Office was posing as Fouraker’s buyer, promising him $41,150.00 for the drugs. Though more prevalent currently, MDMA (ecstasy) often becomes deadly due to being laced with Fentanyl.

The amount and Fouraker’s clear intent to distribute the MDMA in Central Florida are far from what many community members we spoke to understood as it relates to his prior conviction. Some thought he was busted dealing some marijuana to pay his way through college, others assumed that he might have been around the wrong crowd and was the last to confess to law enforcement… so naturally he bore the brunt of the justice system.

And this is the gray area he has been allowed to exist in with the citizens of Belle Isle during his first campaign for Mayor and currently in his bid for a second-term. With drug overdoses among Americans on the rise, especially among our children and young adults, it’s understandable to see why he would not want to reveal the details about his past as a drug trafficker.

This past continues to affect Fouraker, who serves on the board of Cornerstone Charter Academy in Belle Isle. Records reviewed by the Central Florida Post reveal that the Orange County Public Schools fingerprinting department that helps to verify the records of employees or others involved on school campuses, had to spend time reviewing Fouraker’s criminal past to determine what access to the campus he could be granted.

In the end, they determined that he had to have a “LEVEL 2” escort at all times.

When reached by the Central Florida Post earlier this afternoon, we asked Fouraker if we could discuss the arrest report and he immediately hung up. Efforts to reach him via text message were also unsuccessful. We asked him how long he had been dealing drugs at the time of his arrest, if he has ever done so again, if he has ever used illicit narcotics. Most importantly, we questioned why he has not been entirely honest with the voters about the extent of his time as a drug trafficker.

Aside from these very important issues, Mayor Fouraker also recently led the charge to remove a fellow board member, Harvey Readey, on the grounds of absenteeism. Nobody likes no-shows, but the man is courageously fighting cancer and is attending chemotherapy treatments.

Then Fouraker turned his sights on Rick Miller, a fellow Councilman who led the budget committee of the City Council in Belle Isle, ultimately ousting him as well after he questioned the city’s finances and how Mayor Fouraker was in violation of the city charter because he didn’t actually live within city limits.

Fouraker’s power fetish as Mayor of Belle Isle didn’t stop with his fellow elected officials. Kristina Godiksen, who lives next to the Fouraker’s home, which is under renovation, became upset when someone associated with Fouraker continued to connect what she described as “party lights” from his property to her power.

After disconnecting them several times, she frustratedly stepped foot on Fouraker’s property to flip the bird to his home security camera. Police were called and agreed that it was a “minor dispute.” But Fouraker wanted his pound of flesh and reportedly lobbied law enforcement for several months, ending in a pre-dawn arrest of Mrs. Godisken, which earned her a dehumanizing strip search during her booking on county jail and a 3rd degree felony trespassing charge.

Mayor Fouraker’s heavy-handed targeting of Godisken cost her thousands in legal fees. When it came time for a court hearing, Fouraker declined to show up and instead sent his wife. The Fouraker’s demanded a public apology from their neighbor, another power play to shame her for daring to question the elected leader of Belle Isle.

And when Sanford based company Waste Pro put in a bid to be the city’s trash contractor, Fouraker’s previous imagined vendetta with the company during his time in real estate as an employee of Bishop Beale Duncan reared its ugly head. The Orlando Sentinel reported on how Mayor Fouraker trashed the company, despite them earning the top recommendation as a prospective trash contractor, because he thought they slighted him on a commission years ago. Waste Pro sued Fouraker and won, forcing him to publicly apologize and pay a whopping $25,000.00 settlement.

This time, it seems, Fouraker picked on someone who had the resources to fight back.

Voters have been casting ballots for several weeks and election day is Tuesday, March 8th. If Mr. Fouraker wins re-election, he should focus less on petty power grabs among his contemporaries on the City Council and give Belle Isle residents a full account of his time as a drug trafficker.