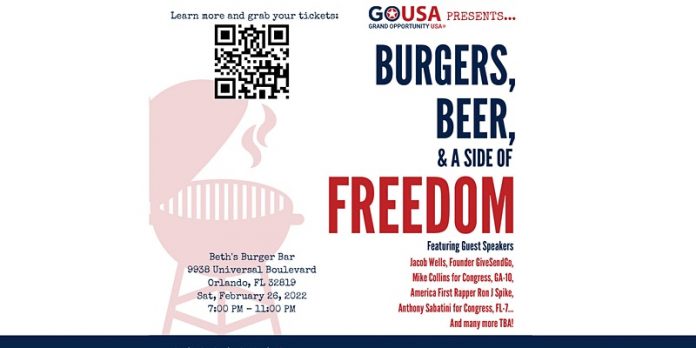 GiveSendGo, The America Project, GOUSA, and the Central Florida Post are sponsoring a party during President Donald J. Trump’s speech during the Conservative Political Action Conference.

America First activists are set to gather just outside of CPAC to watch Trump’s headline speech to CPAC and rally against the Marxism that Democrats are pushing on this nation under Biden’s oppressive regime. 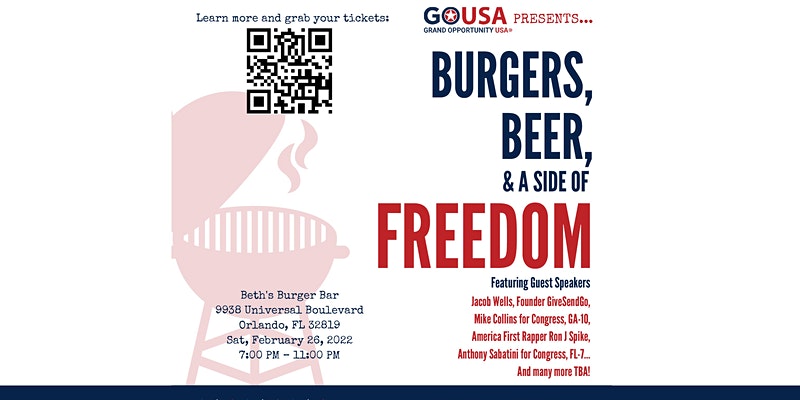 Tickets range from $50 to $100 for access to a wide-ranging burger bar, with beer and wine included. A special video message from Arizona Congressman Paul Gosar will also play during the event. Beth’s Burger Bar has been rated for years as Orlando’s “Best Burger”.

The OppScore by GOUSA was recently tested with great success for the VA Governor’s race, where Republican Glenn Youngkin won after earning a high, Pro-Opportunity OppScore vs his progressive opponent, McAuliffe, who received a low, Anti-Opportunity score.

You can purchase tickets to the Saturday night event by clicking here.