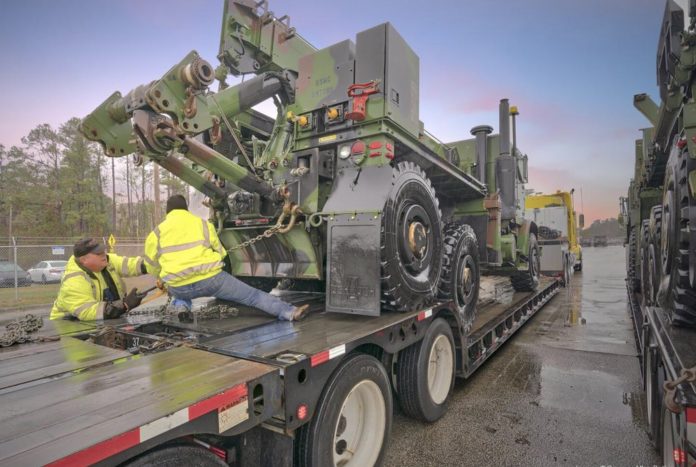 Anytime a powerful, well-connected government contractor refuses an audit request from a US government agency, it should set off alarms.

In fiscal year 2021, the U.S defect hit $2.8 trillion dollars – making it the second largest deficit in history. And in October, President Biden signed legislation to temporarily raise the government’s borrowing limit to avoid going into default by this December.

What’s the key takeaway? The U.S government doesn’t have enough money to pay its bills. A fact that should scare every American. And with each new day, we are passing on an irreversible burden to future generations and handing our children and grandchildren a weaker country because of its spending problem.

But that’s not all.

We’re also handing future generations a world that is more dangerous. With the threats of domestic and global terrorism; cyber terrorism and biological terrorism all around us, we are living at a time when fear and anxiety are at all-time highs.

In 2011, the Commission on Wartime Contracting released a report that found widespread waste, fraud and abuse by wartime contractors – to the tune of $60 billion dollars. The report found that there was little oversight of government contracts, poor planning and other significant issues.

The key takeaway from the head of the commission Robert Henke? That there is a “tremendous overreliance on contractors.” Specifically – large government contractors with significant influence in Washington.

Americans were appalled – and they had every right to be. And many in government vowed that this sort of spending spree on large, powerful contractors would never happen again.

Take for example Department of Defense contractor Crowley – a politically-connected company that was awarded a $2.3 billion dollar Defense Freight Transportation Services (DFTS) contract. This was a single award – meaning no other companies were awarded this contract, and they have complete control over a large portion of Defense Department transportation work.

And Crowley doesn’t even own any of their own assets to do the transportation work. It’s like hiring a law firm that doesn’t have any lawyers – everything must be contracted out through partners that Crowley decides – not the government. As they say, power corrupts, and absolute power corrupts absolutely.

Inquiries I made with US government Transportation Officers from 21 different military installations have uncovered a variety of issues regarding Crowley’s performance on DFTS. These issues range from incorrect rates and billing to delayed delivery and performance of shipment pickups and deliveries. Several TOs have even indicated that they will not work with Crowley anymore and, instead, have decided to utilize spot bids.

As a result of issues with rates and overcharging, the General Services Administration (GSA) has been issuing invoices to Crowley for overbidding. Crowley has refused to pay and now the GSA is attempting to audit the DFTS contract. In response, Crowley has filed suit against the GSA on the grounds that the GSA does not have jurisdiction to audit the contract.

In late October, a DC Judge said that Crowley’s audit suit belongs in claims court saying they brought its case to the wrong court.

Anytime a powerful, well-connected government contractor refuses an audit request from a US government agency, it should set off alarms. Factor in that many US military installations are unhappy with Crowley’s performance, and you have a perfect storm.

If US government agencies are unsuccessful in auditing Crowley, then the US Congress must step in. Transparency must always be expected because after all, it’s the taxpayers who are ultimately paying the bill.

Roger Stone is a seasoned political operative, speaker, pundit, and New York Times Bestselling Author featured in the Netflix documentary “Get Me Roger Stone”. A veteran of ten national presidential campaigns, he served as a senior campaign aide to three Republican presidents: Nixon, Reagan, and Trump. Roger Stone was indicted on fabricated charges in the now-discredited Mueller witch hunt. He was subjected to a Soviet-style show trial in Washington DC. Roger Stone’s first, fourth, and sixth amendment rights were violated. His sentence was commuted by President Donald J. Trump as an act of justice and mercy on July 10, 2020.