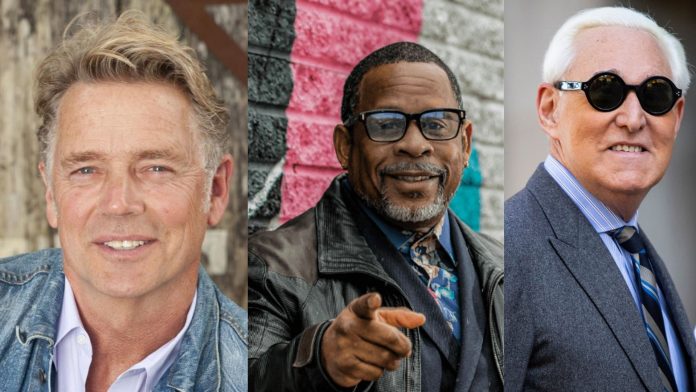 Actor John Schneider, who played Bo Duke on the hit TV series Dukes of Hazzard will join Master Gee of The Sugarhill Gang, and longtime Trump advisor Roger  Stone will attend a party held at 3NINE on International Drive during the weekend of the Conservative Political Action Conference’s annual gathering.

Grand Opportunity USA (GOUSA), The America Project, One America Motorsports and XVI Events are hosting the “OG’s, MC’s, Anti-Glee’s and FJB’s: The Party-Orlando 2022” event on Friday night during the annual Conservative Political Action Conference which is being hosted at the Rosen Shingle Creek in Orlando from February 24th to the 27th.

GOUSA’s current project OPPSCORE provides a breakdown of where candidates stand on this issues and it has become extremely popular among citizens trying to determine which candidates actually care about the spirit of America. 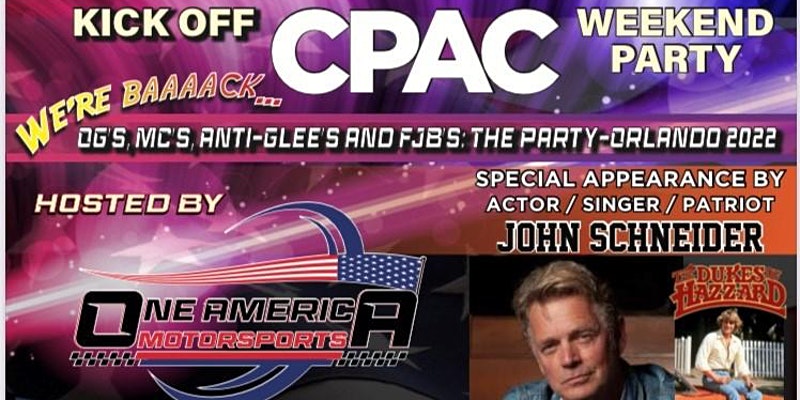 The “OG’s, MC’s, Anti-Glee’s and FJB’s” party will feature performances by DJ VO, MAGA rapper Forgiato Blow and Ron J. Spike. 80’s icon John Schneider, who starred on the hit tv-series Dukes of Hazzard will make a special appearance alongside Muhammad Ali Jr, who has been an outspoken critic of the domestic terrorist organization Black Lives Matter. Ali Jr. was an outspoken advocate of President Trump and has stated that he believes his boxing legend father would have been as well, along with the fact that Muhammad Ali would have believed that BLM terrorists are “nothing but devils.”

Patrick Byrne, the billionaire former CEO of Overstock.com, is sponsoring the party through his non-profit, The America Project. TAP is committed to preserving and protecting freedom for organizations, businesses, individuals and standing up for all Americans. TAP has been at the forefront in the fight to expose election fraud and secure our elections going into the 2022 mid-terms and 2024 presidential election cycle.

“The America Project is proud to partner with GOUSA and all of these wonderful organizations to make this event happen. Restoring the America First agenda through retaining and securing the core values that make this nation great is non-negotiable if we intend on taking our nation back,” Byrne told the Central Florida Post.

Legendary political operative and longtime Trump advisor Roger Stone is said to be a special guest at the party, where Byrne will also make an appearance. When Stone swung by CPAC in 2021, he quickly went viral after dancing in front of a supped up pick-up truck emblazoned with President Trump in the style of Sylvester Stallone’s iconic “Rambo” character.

Early bird tickets to the event start at just $50 according to the Eventbrite page sent to the Central Florida Post and top out at $250 for the VIP PLATINUM package. All ticket holders will have varying access to food and drinks.

Other sponsors for the event include Republicans for National Renewal, DigDev Direct, GiveSendGo and John Boyle (owner of the popular pro-Trump hangout Harry’s in Washington DC).

You can purchase tickets by clicking here.