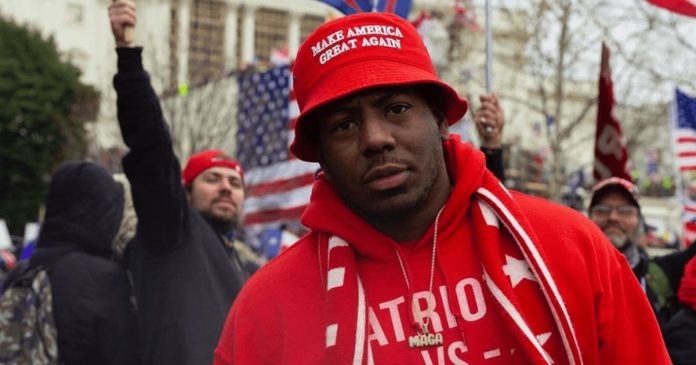 Bryson Gray, the MAGA rapper behind the mega-hit “Let’s Go Brandon”, released a new album titled Us Versus the Industry in early February, which has now broken at least four Top 100 Billboard music charts. Gray’s LGB single was quickly censored by the Big Tech oligarchs in October of 21, but that did not stop the song from hitting the #1 spots on both iTunes and Amazon Music, even edging out a single from music industry darling Adele.

Thank y’all so much. We did it. No record label. No big budget. Just us & God. We’re on the way to changing culture. I promise. We made @billboardcharts !

Us Versus the Industry includes Gray’s hit single “Let’s Go Brandon”, along with 19 others tackling hot-button political and social issues of our time. Gray, who has used his musical talents to support the MAGA movement and call out the hypocrisy of Cancel Culture in past albums, is not shying away from addressing the failures of the Biden Administration, Dr. Fauci, and the mainstream media who relentlessly act as their cheerleaders.

“I made the album because people listening to rap are only getting ideas from one side, which means they’re being influenced to go in one direction. It’s meant to be that way. It’s planned. I’m attacking the narrative. I’m providing an alternative to the disgusting music that’s being offered today,” explained Gray.

According to a press release, Gray has already scored another #1 hit on Amazon Music during the album pre-release with the song “Controlled” which features fellow MAGA rapper An0maly. The single also reached #2 on the iTunes Hip-Hop chart. Gray credits his faith in Jesus Christ for his continued success and ability to speak the truth through his musical endeavors.

“This album could not have happened without the powerful influence of Jesus Christ. Period. Full stop. I’m trying to bring thought provoking songs into the rap and hip-hop genre that truly advance the cause of liberty.”

You can purchase Gray’s album directly from his personal website, or continue helping him stand up to the leftists music industry by downloading it on Apple Music or Amazon Music. Gray and his contemporaries in the MAGA rap movement are proving that Christian conservatives not only have the talent, but also the courage to take on the leftist (anti-God & pro-Satan) entertainment industry in America. It’s about time the America First / MAGA movement made a serious effort to fight the culture wars in the world of pop culture. In doing so, it proves the power of Jesus Christ has no limits!

Hopefully we see more of this energy as we get further in to 2022!