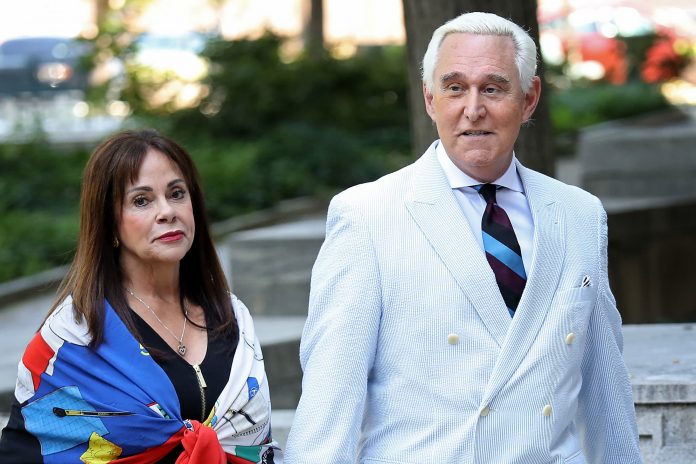 Roger Stone has gone through a lot.  He has met Presidents and knew President Trump was President material a long time ago.  He has is the target of the Marxist left who will stop at nothing in order to steal this country from good Americans.

On Tuesday Roger Stone shared his story on The Joe Hoft Show at Real Talk 93.3 in St. Louis.

I believe in working hard but clean.  I don’t believe in breaking the law.  I believe in doing everything necessary to win, short of breaking the law.  Play within the rules…but instead they call me a dirty trickster.  Well if I’m a dirty trickster the I can identify the greatest dirty trick in American history and that’s the Russian collusion hoax.  This is the greatest single abuse of power in American history in which Barack Obama and Joe Biden used the full authority of the United States government and the extraordinary capability of our intelligence agencies for the strickly politically motivated effort based on totally fraudulent evidence to remove Donald Trump from office…

[Roger then discussed his outrageous arrest in the early morning by the FBI and CNN that cost the US government $1.1 million to perform and then discussed his greatest fear at that time was that the FBI would shoot his wife who is hard of hearing.]  She had no idea of what was going on.  She didn’t hear me being arrested because without her hearing aids she can’t hear.  And I had this horrible thought as I was being dragged out of the house in handcuffs that they would give her a command, that she wouldn’t hear it, they wouldn’t know that she was hearing impaired and they would shoot her.  That stuck fear in my heart…

…It’s not incidental by the way that my wife was diagnosed with cancer right after I was pardoned.  It’s PTSD.  It’s two years of relentless stress from Muller and his thugs.  And now I am happy to say through the grace of God, through the healing mercy of Jesus Christ, and thanks to the thousands of people who have contributed to the Stone Family fund… today I am happy to tell you she is in full remission… it really is a miracle!

Listen to the full discussion below.

On May 18, 2021, we reported that Roger Stone’s wife had stage 3 cancer.  Today, thanks to healing mercy of Jesus Christ, she is in full remission.

Roger shared with us that his wife will need to continue her treatment for some time and there are many costs not paid for by insurance.  He and Nydia can use your help.

You can donate to the Stone family to help with medical expenses here.

You can help the Stone family with legal expenses here.