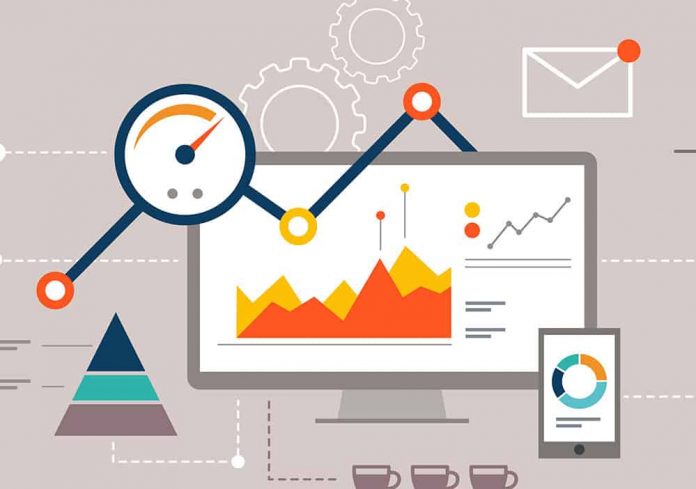 As we all settle in for New Year’s Eve, here is our annual review of the most popular stories from 2021.

With investigative journalist Laura Loomer mounting an aggressive campaign to unseat the RINO establishment career politician, Congressman Dan Webster had the chance to acknowledge the VERY REAL fraud that occurred across the nation during the 2020 elections. As a noted election security expert asked those present at a local GOP dinner to raise their hands if they believed fraud had indeed occurred in 2020… the Congressman and his clan of Trump haters at his table couldn’t even symbolically raise their hands. SHAME!

We will file this story under the “BATSHIT BITCH” column. Anna Paulina Luna, real name Anna Paulina Mayerhofer, actually told people that Roger Stone “tried to poison me”. Yes, you read that right. It’s one of many lies this “avid supporter” of Barack Obama turned fraudulent MAGA grifter has spouted to voters during her first bid for US Congress in 2018 and again for her current 2022 campaign. We will unpack those lies further down on this list.

3). Sanford City Employee Has Disturbing Past

Sanford City Employee Has Disturbing Past

In the summer of 2020, we exposed how the City of Sanford, Florida was poised to appoint a radical Black Lives Matter activist who was part of a march through the city’s downtown where the rabble screamed “BLACK POWER.” Her disgusting racism and affiliation with a domestic terrorist group like Black Lives Matter should have been enough for the Sanford City Commission to reject Sheena Rena Britton’s application to fill the open vacancy, but they bowed to the mob and appointed her anyways. In January of 2021, we uncovered how Ms. Britton had violated city policies during her time as an employee on numerous occasions, including using city resources to seek political revenge on City Commissioners she was forbidden to speak with after being written up several times. We told ya so!

Mentally deranged congressional candidate Anna Paulina Luna, real name Anna Paulina Mayerhofer, doesn’t just spend time lying about her real background or spinning ridiculous lies about Roger Stone trying to poison her. In the summer of 2021, Matt Tito, a marine combat veteran who was/is considering a GOP primary challenge to Anna Paulina Luna, attended a TPUSA event in Tampa, Florida. Anna Paulina Mayerhofer claimed she was threatening him to TPUSA staff, who then tackily ejected him from the event. Of course Tito did no such thing, but Mayerhofer has told more lies than Anthony Fauci.

During the 2018 gubernatorial election, we spent months traveling the state confronting and exposing the campaign of socialist Andrew Gillum. We ousted a top-level staffer who fantasized about babies performing oral-sex, we were attacked by a rabid mob of Gillum supporters in Tampa. After Ron DeSantis won the election, he faced a recount where Democrats in South Florida begun finding mysterious ballots (sound familiar) that were suprisingly all for Gillum. Laura Loomer and myself spent weeks protesting and exposing this sham recount, something that Big League Politics credited us for. Years later, as Gillum was helming a powerful statewide political committee and prepping another run for Governor, we were the first to publish the photo of him naked and covered in his own vomit after a meth fueled gay sex orgy in Miami. Florida, you are welcome. We have saved you from many socialists in the past, and will do so in the future, Andrew Gillum being the finest pelt we have in our collection.

In December of 2021, after months of exposing the treachery and fakery of Anna Paulina Luna, real name Anna Paulina Mayerhofer, the Central Florida Post traveled to Largo, Florida to confront her in person over her dishonest existence. As expected, she lied about everything. Even sadder, her supporters physically attacked us like a nest of Antifa degenerates.

Following the January 6th protests in Washington, DC, the City of Sanford Florida illegally used pandemic assistance funds granted to the city by the federal government to erect iron barriers around City Hall, to the tune of tens of thousands of dollars. This occurred as hundreds of businesses in Sanford, Florida could have used those funds to keep their lights on. Like so many other small businesses across America, local governments saw fit to spend pandemic assistance funds elsewhere. The real kicker? City officials claimed that the barriers were erected to “slow the spread” of COVID-19. Can’t make this shit up.

This past summer, the Central Florida Post began our investigation into Cory Mills, a newly filed candidate for Florida’s 7th congressional district. Mills arrived out of nowhere, well… actually straight from the nasty DC swamp. A veteran turned military contractor, Mills hasn’t lived in Central Florida for decades. He did however develop quite the clever scheme to bolster his bid for congress. In the months leading up to filing papers with the FEC, Mills padded the coffers of House Minority Leader Kevin McCarthy (and his PAC). McCarthy is a noted Never Trumper who Mills knew he could purchase support from. He hired PR firms to secure him coveted segments on Fox News and Newsmax to make himself appear to be a champion of the America First movement and Donald Trump. However, money talks and bullshit walks. Mills financed the weakest leader House Republicans may have ever seen, certainly one who likes Trump and the America First movement the least. We aren’t done with Mr. Mills, so STAY TUNED.

9). Grassroots Getting Behind Laura Loomer, Wanting Her Fighting Spirit In Congress

Laura Loomer is a fighter and the people of Florida’s 11th congressional district know that. First she shocked the establishment by announcing her campaign to unseat establishment career politician Congressman Dan Webster. In short order, she nearly doubled him in the following quarterly financing report. And recently? Loomer has held dozens of events in the district with conservative pro-Trump organizations, bringing her message to thousands of the party faithful in this deep red district. We interviewed several of the most prominent America First activists in District 11 towards the end of October. They all said the same thing. Incumbent Congressman Dan Webster DOES NOTHING and they want a TRUE FIGHTER like Loomer waging war against the Democrats AND Trump hating Republicans in DC.

In a bizarre rant that was caught on camera, a deranged African-American employee of an Enterprise Rent-A-Car in West Palm Beach, Florida. A local businessman who had rented many times before at the location was berated by the banshee, who ultimately claimed that his (white) “privilege” was why she would not be issuing him a vehicle. The nut-job even blacklisted him at other locations. Calls to corporate by the businessman and this publication amounted to nothing, no action. Imagine if a white employee had cited (black) privilege while denying someone a rental? RIOTS. RACE PORN ALL OVER THE NEWS. LOOTING.