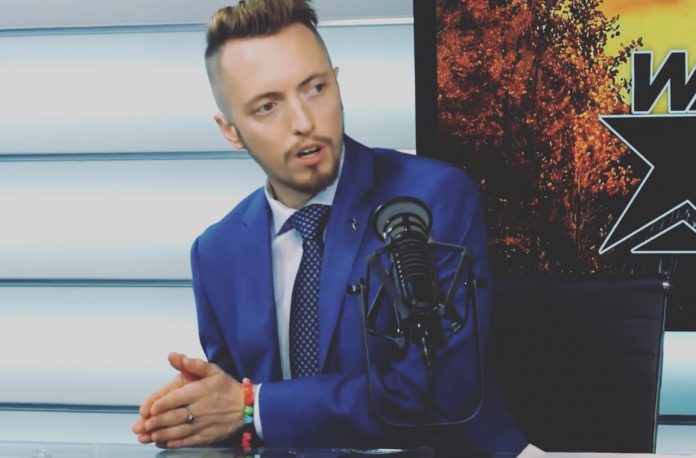 Over the past several weeks, Central Florida Post was the subject of several foreign based cyberattacks done in an effort to stop us from providing truth journalism on a local level.

As I am sure you have already heard or seen, the Central Florida Post was recently targeted by hackers from Russia, Eastern Europe and Southeast Asia. The first breach of our web hosting provider, where Central Florida Post had been hosted for years, came on the heels of this journalist exposing the filthy pornographic material being provided to children in Orange County Public Schools.

While this cyberattack and multinational hacking effort did not come as a surprise to us, the level of sophistication should be incredibly concerning for our fellow independent publishers who dare to report on matters deemed “verboten” by the mainstream media and the gatekeepers of our political class.

Over the years, we have drawn the ire of George Soros, both the Republican and Democrat establishment, and, of course, our competitors in the legacy media who remain livid that we have not been canceled out of existence.

Despite years of aggressive censorship of Central Florida Post and this journalist on leading digital media platforms, our readers have remained steadfast in their support of this publication and our efforts to provide the citizens of Central Florida and beyond with truth journalism that does not serve any corporate or political master.

Following the attack on Central Florida Post, Roger Stone, the longtime advisor to President Donald J. Trump and political operative with four decades of experience in American politics, chronicled the importance of restoring the journalistic efforts of Central Florida Post in an op-ed published in The Gateway Pundit. Thanks to the support of Mr. Stone and hundreds of others across America, we were able to raise enough money to get CFP back online through our GiveSendGo.

His “crime” of exposing a filthy pornograohic novel being given to children is not a crime, but a crucial public service in the fight against the anti-Christian woke mob that seeks to pollute American society with their Marxist ideologies, Roger Stone

A special thanks to many others who offered heartfelt support, prayer and other contributions to the cause in person, both in Central and South Florida. While we still have weeks, if not months of further investigation into the exact source and motivations of the hackers, we are still asking that our supporters continue to support our crowdfunding efforts to make sure that the responsible parties are held accountable.

It’s often said that you are most able to tell who your true friends (and enemies) are when you are at your lowest or most vulnerable point. In the past few weeks, true American patriots like Roger Stone and fellow alternative media outlets like The Gateway Pundit have been on the frontlines helping to restore our journalistic endeavors.

They, like CFP, have been the subject of relentless attacks on their free speech rights, their character, and their basic right to exist by the very same people who actively celebrated our brief hiatus.

Those seen bursting at the seams with excitement and glee as we were attacked in bad faith by hostile foreign actors? Far-left Democrat activists and weak kneed establishment Republicans who are as equally obsessed with silencing dissenting voices as they are attacking anyone involved in the America First movement created by President Donald J. Trump. We looked to Hebrews 13: 6 as we sifted through their foul outbursts, praying that they learn to love Jesus and the word of God.

Our sincerest thanks are extended for these demonic screechers, who helped prove once again that they are morally, ethically, and most importantly, spiritually corrupted.

We are reminded of Zechariah 9:12.

“Return to the stronghold, you prisoners who have the hope. This very day I am declaring that I will restore double to you.”

Their wickedness does not deter us and will not scare us from a bountiful restoration. And return to our stronghold, our bastillion of truth and fearlessness in our reporting we must.

We have no doubt that our almighty God will strengthen us and shower Central Florida Post with the righteous blessings we need to continue shining a light on the dark forces looking to tear apart the American people. Our resolve is strengthened and we intend on being not only more aggressive, but more bold in our search for the truth.

While it is the duty of our Lord alone to issue vengeance against evil doers, many who celebrated our brief hiatus, we will remain committed to exposing these heathens, in any way possible through our journalism, to keep that light shining bright for the man upstairs.