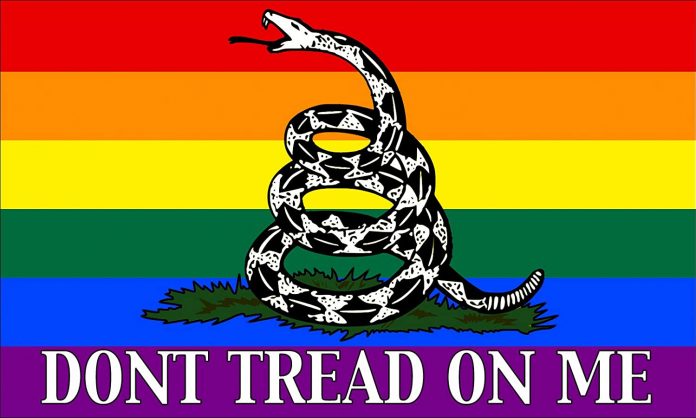 The nation’s oldest gay Republican organization will finally have a chapter in Orlando, Florida, which sits smack dab in the middle of the all important and must win I-4 corridor of Central Florida.

The group has long been active nationally and in other major metropolitan areas for decades, providing a place for conservative members of the LGBT community to network and organize for political candidates.

Dubbed “Night at the Manor”, attendees will gather at a Victorian home in the Central Florida area on Halloween for a night of drinks and hijinx according to Orlando Log Cabin Republicans President Jordan Toste.

“We are here to protect our community and end the division popular culture has created. Our chapter welcomes anyone in Central Florida who values their freedoms and loves America,” Toste, who runs an interior design business headquartered in Windermere, told the Central Florida Post.

The interior designer, formerly a liberal who has since found a home in the America First movement created by President Trump, hopes to expand membership and the Board of Directors for Orlando Log Cabin Republicans as we head into the 2022 and 2024 elections.

The LGBT community has long been dominated by the perverse politics of the far-left, which has used their power within culture and the Democrat party to indoctrinate the American people with Marxist ideologies that are antithetical to the founding principles that make America great.

As this journalist exposed at a recent Orange County Public School Board meeting and discussed in an article on The Gateway Pundit, far-left LGBT activists have managed to place a pornographic graphic novel into the public school system.

While the OCPS School Board and schools across the district had police remove this journalist from Tuesday’s meeting for reading the novel Gender Queer aloud, they seem to have no problem with school-aged children reading it privately without the permission of their parents.

That doesn’t sit well with Toste.

“This kind of material should not be available in an educational space, period.They are trying to indoctrinate our children before we have a chance to raise them. This is deeply disturbing and every parent, teacher, and community member should be outraged.

What we are seeing is the indoctrination of our youth, the future of our country. Our school systems have an agenda and that is to desensitize them to perversion in order to manufacture social justice warriors. WE need to start raising our children again, not the establishment.”

You can purchase tickets by clicking here.