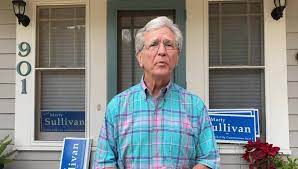 The Winter Park City Commission voted to mandate weekly testing of unvaccinated employees and signaled their willingness to impose an across the board vaccine mandate for city employees in the coming weeks.

According to the Orlando Sentinel, the Winter Park City Commission is moving towards a tyrannical vaccine mandate for city employees. The Sentinel reported that while 59% of city employees have already presented their “vaccine papers”, the city wants to see that number at 65% as soon as possible, or else.

Currently they require the unvaccinated employees to provide weekly negative COVID results, but now those that don’t can be fired for not complying. Despite fully vaccinated individuals representing an increasing number of those diagnosed with the Delta variant, the City of Winter Park is not issuing threats to vaccinated employees.

A record number of people have also died as a result of the vaccine. Over 14,000 deaths to be exact, the highest number of Americans to die from an FDA approved vaccine in decades, according to the CDC’s own website tracking said data.

Another 14,000+ reported life-threatening side-effects, 18,000+ reported permanent disabilities, and over 200,000+ requiring some sort of hospitalization or doctor’s visit.

Despite this, one Winter Park City Commissioner scoffed at the idea that people would resist the vaccine because of adverse side-effects, which include death.

Commissioner Marty Sullivan told the Orlando Sentinel that he was “just blown away” that people are saying Americans shouldn’t get vaccinated because of some “far-off risk of getting a reaction to it.”

When reached by the Central Florida Post, Commissioner Sullivan said that hesitancy to the vaccine side-effects were parts of a false narrative.

As he was confronted with statistics regarding the infection rate of fully vaccinated people on the rise, along with the fact that the most vaccinated country in the world (Israel) is experiencing a surge of new cases where 59% of those patients are fully vaccinated, Sullivan said that this journalist was stating “opinions” and that his thoughts on the matter were “facts.”

State Representative Anthony Sabatini, who today filed a bill in the Florida House (HB 75) that would ban all vaccine and mask mandates in Florida, from governments and private organizations alike, slammed the Winter Park City Commission.

“Disgusting and insane, this is why I’m calling for an emergency special session to BAN employee vaccine mandates and have filed HB75 to do so,” Sabatini told the Central Florida Post.

Justin Harvey, who spoke out against mandates during the Wednesday meeting and leads the We Are Change Orlando activist network, focused on body autonomy and healthcare freedom during public comment.

Mr. Harvey and several others opposed mandates, you can watch that in the below video.

“It doesn’t matter how “far-off” the risk may appear to be, the employees of Winter Park deserve to make the choice for themselves. We actually had the support of numerous city employees, but they were afraid to speak up for fear of retaliation. Fear, coercion, bullying is not how Winter Park should be treating its employees.”