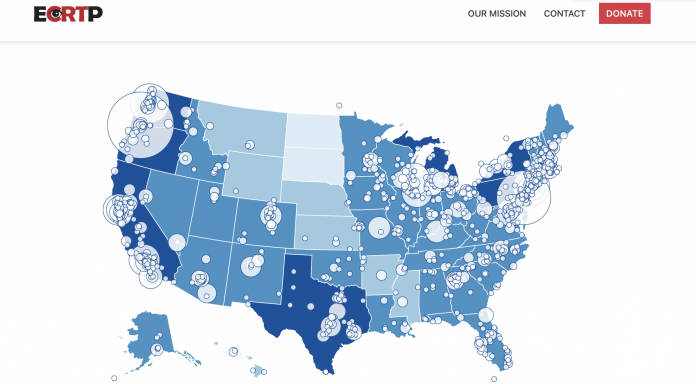 With CRT being pushed across America, one group is stepping up and fighting back!

According to a press release from the Great American Patriot Project PAC, they have compiled and released a database to track Critical Race Theorists across America.

In addition to users being able to check the thousands of names already in the database, they are also able to report CRT in their own communities. The information was sourced from the original database of Critical Race Theorists from a petition in support of CRT published online by The Zinn Project, an offshoot of an educational non-profit with anarchist and socialist roots.

“The idea for this effort came after a leftist educational non-profit with anarchist and Marxist roots released the results of their online petition to send Critical Race Theory into our schools. Those who signed the petition were made aware that this data would be made public, so we are not revealing private information in any way. The list includes educators, school administrators, college professors, and community activists lobbying for CRT,” said Phillips.

“We intend on thoroughly reviewing all new submissions and relying on publicly available data to match them to the verified identities of real people. The parents of America deserve to know if their children’s minds are being poisoned by the racist ideologies that are part of Critical Race Theory,” said Alex Phillips, who founded the Great American Patriot Project.

Critical Race Theory has become a flashpoint issue for millions of parents, who are furious that the racist teachings are flooding into the classrooms and teaching their children to hate certain groups of people based on their racial background. The United States Armed Forces has also been infected by CRT, with Chairman of the Joint Chiefs of Staff General Mark Milley testifying proudly before congress about CRT being part of the training for the military and whining about so-called “white rage.”

A Space Force Unit Commander was even removed from his post earlier this year for calling out Marxist teachings in the armed forces. CRT is a notable tenet of Marxist ideologies.

Thousands of names are already included in the database according to Phillips. They were originally sourced from an online petition from The Zinn Education Project, which published not only the names and cities the signers were from, but also comments from the educators and activists obsessed with bringing anti-white hatred into the classroom.

And some of those comments are absolutely insane!

“As a white teacher of black and brown high poverty students it is vital that I acknowledge the degree to which all white people are marinated in racism from the moment of their birth, and the degree to which racism is interwoven into every aspect of our country’s history. You can’t lie to students about history just to ensure that one group of privileged students feels good about themselves,” proclaimed Ruth Richardson, who claims to be an educator based out of Pasadena, California.

Another from Seth Kahn, who also claims to be a teacher from West Chester, Pennsylvania stated the following.

“I don’t want there to be any secret about the fact that I’m committed to racial justice (and all forms of anti-bigotry) in my teaching.”

While the Democrats have regularly utilized databases to track people who they claim to be fascists or white supremacists (and we know they think any Trump or America First supporter falls into those categories), the conservative establishment has simply used abhorrent things like CRT for political posturing and little else.

The Expose Critical Race Theory Project seems to be the first instance of a group actually committed to America First and President Trump’s legacy taking meaningful action to protect children from being browbeaten in the classroom with Marxist ideologies like CRT.

You can view the database at exposecriticalracetheory.org, where you can search the current submissions and even submit CRT supporters in your communities to be added to the list.