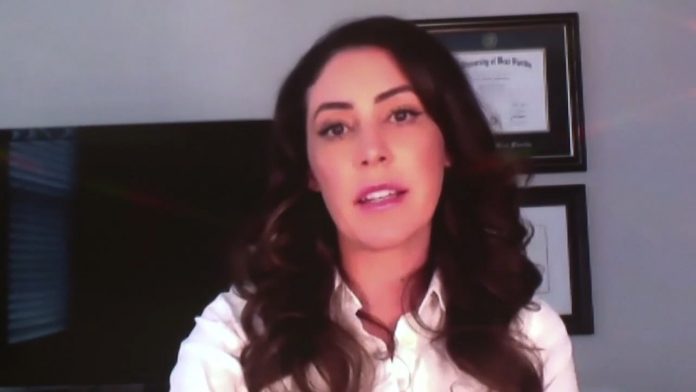 According to several sources reached by the Central Florida Post in the past week, Anna Paulina Luna, the congressional candidate, attempted to spike a July 4th feature by Stone for the website El American, where Luna serves as a correspondent.

According to multiple sources at the website, the basis for Luna’s demand was that the long-time Republican strategist had “tried to poison her.” Luna took her demand all the way to the publisher who declined to spike the Independence Day piece, which El American had solicited from the long-time Trump confidant. Sources told the Central Florida Post that Luna provided no evidence to support the claim the Stone was a modern day Borgia and had tried to poison her.

Reached in his Fort Lauderdale office for comment Stone said he has never met Luna and has no idea what she’s talking about.

“I guess she feels threatened by my friendship with Matt Tito, a U.S. Marine Corps combat veteran who is likely to seek the Congressional nomination in District 13th,” Stone told the Central Florida Post.

“I really question her mental stability to make such a baseless and crazy claim.”

So, why would Luna, an influencer in the America First movement make such a shocking allegation against one of President Trump’s longest standing advisors and American political icon, who pushed Trump to consider a bid for the presidency dating back decades?

Luna’s animus towards Stone does seem to come from his friendship with Marine combat veteran Matt Tito, who ran for State House of Representatives in the Tampa area in 2020.

Tito confirmed for the Central Florida Post that he is considering a likely bid for congress in Florida’s 13th district, which would place him in a GOP primary against Luna.

Just a few weeks ago Luna publicly accused Tito, and her 2020 GOP primary opponents Amanda Makki and William Braddock who ended his candidacy today, of working together to plot her murder.

Last month, a secret tape recording of a telephone conversation Braddock illegally made by activist Erin Olszewski, a Luna supporter, captured Braddock stating that he had access to Russian and Ukranian “hit squads” that he would use to “take Paulina out” if she was polling too strongly in the race. This, along with a restraining order request filed by Luna with local courts, prompted an investigation by the St. Petersburg Police Department.

They investigated Luna’s claims about Braddock, Makki and Tito. According to an investigative report obtained by the Central Florida Post, law enforcement has closed the case and determined that Luna’s allegations against combat veteran Matt Tito and former primary opponent were baseless. They also elected to take no action against Braddock for his alleged over the top rhetoric.

The St. Petersburg Police determined that Olszewski made the call to Braddock and secretly recorded the conversation, a violation of Florida state law.

While Luna knew that from the start, that did not stop her from filing false records with the courts accusing Tito of planning to murder her. On Tuesday of this week, Tito demanded a public apology from Luna and hinted that he might enter the GOP primary against her in the near future, according to an article by Florida Politics.

If she refuses to apologize publicly, Tito said he is exploring suing Luna for defamation.

Luna, when reached by the Central Florida Post for comment, declined to comment on her accusation that Stone tried to poison her, without voicing an outright denial.

She said she will alert her team of the allegations and we will update this article with any comments from Luna or her team if they reach out.