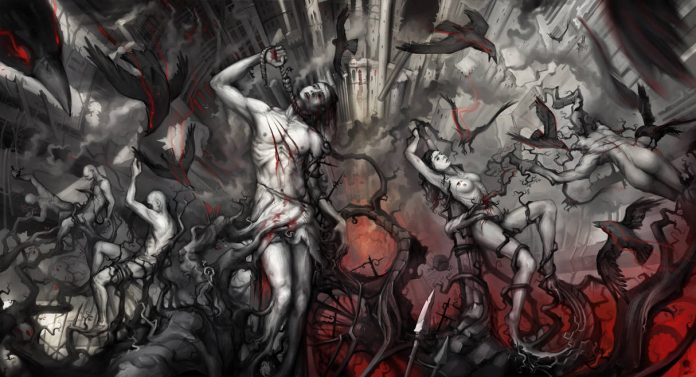 We all know that the Biden / Harris administration will act in a swift and vicious manner against anyone who supports Donald Trump.

From your “Average Joe” to elected officials and political activists who dared to say not to signing our country over to violent left-wing subversives, it won’t matter. The America our founders envisioned and entrusted to future generations is not at risk, it is officially in the final stages of what will be a very bloody death.

All of the fantastical claims from the Democrats and mainstream media from 5 years ago when Donald Trump was elected President of the United States never panned out. We didn’t get concentration camps for Clinton supporters or forced electroshock treatments administered to the LGBT community at the hands of Vice President Mike Pence. Donald Trump didn’t start nuclear wars. Roving right wing gangs didn’t murder progressives in streets. Books weren’t burned and reeducation camps were never opened.

But that is exactly what we will get from the same people who cried out in horror after the candidate of the established order lost an election that she was told was hers. What resulted was a slow burn.

The intelligence community and military industrial complex colluded with the political establishment to remove President Trump from office, doing the pre-work as they spied on him and his campaign leading up to his historic election. The media brainwashed hundreds of millions of Americans into an anti-Trump hysteria and savaged anyone who challenged them. Big tech companies deplatformed anyone who stepped out of line. Cancel culture an obsession with race spread like wildfire.

This was all a slow opening of sorts for what the Biden / Harris administration and their allies across America will now do to anyone who questions the company line, starting with Trump supporters and conservative dissidents. Interestingly enough, it is everything they promised would happen in a Trump administration but never occurred. Just like allowing and encouraging violent domestic terrorist activity from Antifa and BLM was a warm up for the street war against anyone to the right of Karl Marx in a Biden / Harris administration that will turn a blind eye.

Congresswoman AOC has already called for a database of Trump supporters and it doesn’t take an imagination to assume what that database is for. Remember those round ups, reeducation camps, concentration camps we were promised under a Trump administration? What do you think Biden world will do to people who they truly believe are the equivalent to members of Hitler’s Nazi party and regime?

Big tech has expanded their attacks on Trump supporters, starting with the unprecedented move of banning President Trump. Today, internet browser Mozilla Firefox announced in a blog published on the companies website that “deplatforming” doesn’t go “far enough.” Sound like a digital book burning anyone?

And Joe Biden is not shy about fomenting the flames. He has stated that Republican members of congress are just like Third Reich Minister of Propaganda Joseph Goebbels, the guy who convinced the German public that it was okay to murder millions of innocent people and that they had a moral obligation to do so.

We could go on and this journalist could read the tea leaves for you all night. However, that will do nothing at this point. This is just a friendly reminder that the path forward for America will be a hellish landscape of depravity and destruction. In fact, it will be FAR WORSE. As a Trump supporter, relocating to one of the nine circles of hell as described by Dante Alighieri would be like summer in the South of France in comparison.

Whether you decide to stand up and fight back is up to you.