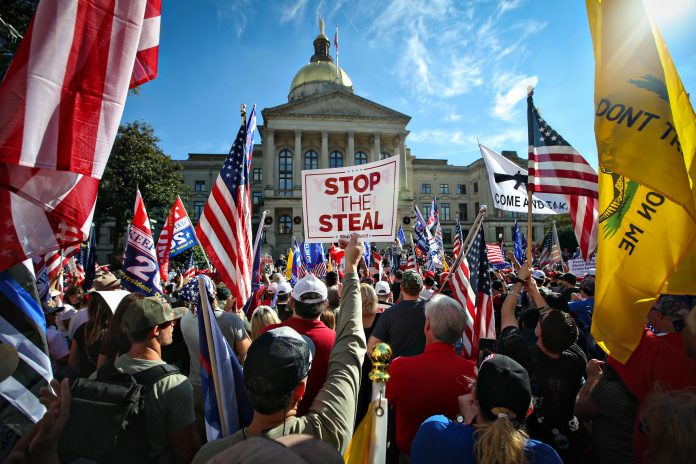 I spent the last three years being probed, prosecuted, and imprisoned by the Democrat crime syndicate’s legal errand boys, who laughably masqueraded as prosecutors while maliciously settling scores for their unfathomably-corrupt masters. Now, I am rebuilding my professional life.

While working on the re-launch of my videocasts and written commentaries at StoneColdTruth.com, I am also launching a new podcast, “Perfectly Clear with Roger Stone” (co-hosted by Tyler Nixon).

I am currently putting most of my energy into finishing my fifth book, Roger Stone Did Nothing Wrong – My Political Prosecution in Mueller’s Witch Hunt and The Heist of the 2020 Election.

My first book, The Man Who Killed Kennedy: The Case Against LBJ, was a New York Times Bestseller. It’s the true story of a sleazy, corrupt, amoral power-crazed vice-president (and well-documented election thief) willing to do anything to seize the presidency from its rightful occupant, thereby empowering the most cynical, bellicose warmongering manipulators in the military-industrial and intelligence establishments.

Will the American people allow history to repeat itself?

With my time consumed working furiously to finish this new book, the only role I have played in challenging the fraudulent election results pushed by the fake news has been a strictly informal and advisory one.

While it is true that I coined the phrase “Stop the Steal” in 2016 when it appeared that establishment RINOs were maneuvering to seize the Republican nomination from Donald Trump at the national convention, I am not a participant in any of the organizations that adopted my phrase in this year’s election.

The ‘Stop the Steal’ in which I was an actual participant was the project of a Super PAC that has not been active since 2016. FEC records prove this conclusively.

The fact that my phrase has been seized upon as a ubiquitous (and highly-appropriate) moniker for groundswell grassroots efforts to expose and pushback against the obviously-manipulated vote counts in multiple swing states, as well as against a corporate and social media information blackout of the truth about rampant election fraud, has predictably prompted totally false reporting from the usual leftist propaganda peddlers like The Daily Beast, Salon, and other left-wing conspiracy theory websites.

The left’s burgeoning retinue of professional bunco artists has been bleating categorically false claims, such as CNN’s breathless alarm that “Stone is directing a massive campaign of disinformation!”

These claims are pure, unadulterated horseshit!

What is true is that I have made myself available to activists who have sought out my opinion about how to effectively organize such a movement, as I did in 2016. I have had private conversations with Trump advocates such as former New York City police commissioner Bernard Kerik, who I believe to be one of the President’s most effective advocates, along with Mayor Rudy Giuliani, with whom I have had a warm relationship since his first mayoral campaign decades ago and whom I hold in the highest regard.

Powerhouse attorney Lin Wood and I have spoken, leaving me with a high degree of confidence that Lin is not only a God-fearing patriot but also an attorney of extraordinary capability. Sidney Powell has been an indefatigable, unflappable warrior for justice who I hold in the highest possible regard, particularly knowing how helpful Sidney’s support was as my legal defense team traversed the Soviet-style show trial I was subjected to last year.

I regularly consult with David Schoen – one of the most brilliant criminal defense attorneys I have ever met and one who saw right through the thin veneer of neutrality to the deep partisan bias behind the unbroken chain of detrimental rulings issued by the judge in the sham case brought against me by the Mueller witch hunt.

My friend and personal counsel Tyler Nixon, who grew up with and knew the Bidens over decades, but who, as a constitutionalist and patriot, has fiercely fought their machinations for just as long, has been a consistent sounding board.

I have privately conversed with Kotcha Lee of American Priorities, sponsor of AmpFest, and one of the most talented political strategists I know, Arthur Schwartz, has also been in touch with me about helping the President. I have exchanged messages with Rick Grenell, a patriot to whom this country owes a great debt of gratitude for the courageous actions he took to declassify long-hidden documents definitively proving the entire Russian collusion investigation to be a malicious partisan hoax.

I have had the honor of speaking with that great American patriot and war veteran General Michael Flynn, who is perhaps the only other person in America who knows firsthand and can appreciate all too well what it is like to be the high-profile target of a corrupt, politically-motivated, but also the most potentially-destructive agency of the U.S. government.

John Cardillo, host of a top-rated show on the emerging right of center cable news and digital media powerhouse Newsmax, speaks with me almost daily. I have also consulted Mike Clemente, a veteran Fox News executive who understands more about cable news and its audiences than anyone in America.

I am in regular contact with Charlie Kirk, leader of Turning Point USA, and one of the most effective young conservative and Christian leaders in America today. I also speak with Laura Loomer, the Esther of the conservative movement.

I have strategized with Lori Gregory and Charlene and Ty Bollinger, and I consult with A. “Gore” Vidal. Yes, I have also spoken with and met Ali Alexander, who I told bluntly should change his name to Sammy Davis III.

In short, I will talk to, and share my thoughts with, anybody who I think is effective and who wants to challenge both the widespread ballot fraud and cyber-manipulation of the 2020 vote. I support the broad movement to “Stop the Steal” and the efforts to pursue justice through the courts, state legislatures, and ultimately the Electoral College, rather than in the streets. No one speaks for me. I speak for myself, and what I have to say can be found at StoneColdTruth.com

The grassroots “Stop the Steal” effort, which has come together out of a hastily-assembled group of conservative organizations, and which has given an outlet to hundreds of thousands, if not millions, of outraged Americans through rapidly-organized peaceful protests all across the country, has been quite impressive, considering the extent to which social media platforms have so brazenly and aggressively throttled and otherwise suppressed conservatives, Christians, Republicans and Trump supporters.

As could be expected in such an undertaking, there has been some infighting among some of the sponsoring organizations, but it has been minimal and has not detracted from the critical shared mission. It remains imperative to success in these efforts that conservatives avoid forming the firing squad in a circle.

Some in the movement have criticized Donald Trump Jr. for not being more visible in the fight. This short-sighted criticism misses the crucial role played by both Don and Eric Trump in their father’s epic come-back, against all odds and facing unprecedented obstacles, to win a majority of LEGAL votes cast in the 2020 election. Don Jr. matched his father’s remarkable high-energy pace, as the President staged a strong closing to his campaign, pulling off his second upset victory.

Don Jr. was easily the most effective and hardest working surrogate for the 2020 campaign, and I admire his willingness to mix it up with and vigorously take on the corrupt Democrats, whose viciousness knows no bounds. Let me remind you that Don Jr.’s tweets alone have been a major contributing factor to our ability to wage this battle. His tweets reach MILLIONS, and he hasn’t been shy about using his reach to expose evidence of fraud in the 2020 election.

At Don Jr.’s side has been my longtime friend Kimberly Guilfoyle, who has been just as tireless and highly-effective as an advocate for the President in this fight. I strongly reject any criticism of these two patriots, two of the best allies we could have.

The Republican Party establishment has, unsurprisingly, been an utter disappointment.

They know the 2020 election results as pushed by the Biden crime campaign and the propaganda juggernaut behind it are an unprecedented fraud on this country. Still, they refuse to fight for the greatest President since Abraham Lincoln. Ronna ROMNEY McDaniel had better wake up, smell the coffee and figure out that there is only one person who can put Senator Kelly Loeffler and Senator David Purdue over the top in Georgia, and it is President Donald J. Trump.

Likewise, Republican state legislators in Arizona, Pennsylvania, Nevada, Wisconsin, and Michigan have the legal and statutory duty to oversee and certify electors for the Electoral College in a manner that ensures their states’ citizenry is not cheated of their franchise by criminals engaging in systematic election fraud in their states.

These elected officials need to step up and support not only our President in his fight to expose the corruption of the 2020 election, but the very legitimacy of our government as a constitutionally-valid representative of the people.