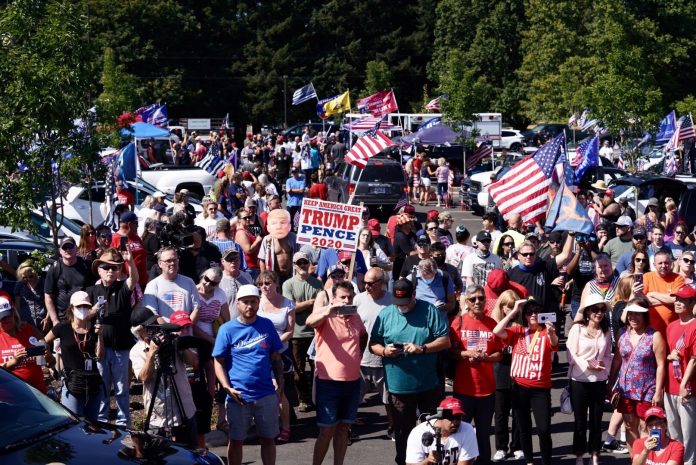 As the Democrats feel that they have this election in hand, they might be right. The amount of fraud and cheating that they have already engaged in, or are currently cooking up, is sure to be a legendary display of desperation.

The leftwing in America has already demonstrated what they are capable of; rioting, looting, anarchy, destruction, death.

This, of course, is lauded and described by the media and Democrats time and again as… “peaceful protests.”

So, what can Republicans and Trump supporters do to protect the integrity of our elections when anarchist Democrats flood the streets? First of all, Republicans need to shed their idealism about “the system working things out” and “not stooping to the levels of Democrats.” The modern Democrat Party has been taken over by the far-left and Domestic Terrorist groups like Antifa and Black Lives Matter.

This does not mean that you have to become exactly like them to stop them from stealing this election. However, is it more important for you to be welcome at the Country Club or at Sunday service at Church… or is it more important to make sure this election is done the right way? I understand that many are worried about harms to their reputations if they gather to protest, as well as physical bodily harm, which is highly likely given the track record of Antifa and Black Lives Matter over the past few months.

But what would our Founding Fathers think of us if we shied away from defending our Constitutional Republic because we were worried about being shamed or involved in a scuffle? Some of those who founded this nation and were willing to go to war for our independence, we barely adults and some of them were still teenagers!

With the police and law enforcement under a constant microscope from the media and far-left, they are either unable to maintain law and order or simply outnumbered. They risk their lives everyday and are now facing war-like tactics from the far-left. If enough of us show up to peacefully demonstrate against the theft of this election, their jobs become easier. Just like in elections, it is all about the numbers.

Watch the polls, be ready to protest. Because if you aren’t, this relatively young experiment we know as America will be at risk of being snuffed out by socialism and communism.