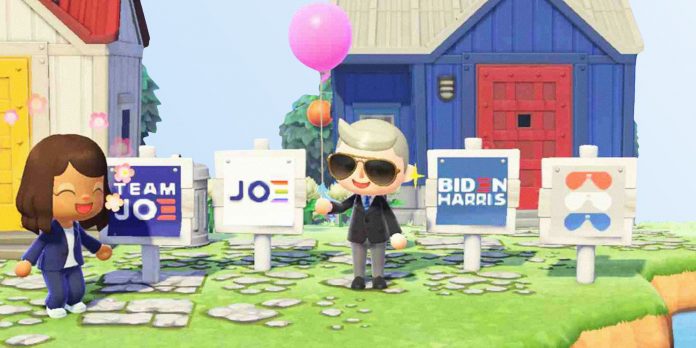 Joe Biden and Kamala Harris can’t take questions from the media, are given protection through acts of censorship by the tech giants to ease their path to the White House and are given cakewalk debates and townhalls from their handmaidens in the mainstream media. With all this free time and sense of victory at hand, the Biden-Harris have spent hundreds of hours developing their own island on Nintendo’s popular video game Animal Crossing.

The news broke a few days ago, and while anyone can theoretically create an island of their own on the game, many have been left wondering how much help Biden’s campaign got from Nintendo’s programmers and analysts, due to the intricacy of the design and bypass of several design limits or barriers imposed on regular everyday users.

While it seems highly unlikely that the Biden-Harris campaign is employing video game designers on the official campaign payroll, it is possible. However, it is far more likely that the team at Nintendo either donated time or special access to the Biden-Harris campaign to develop their island, which would in fact be a campaign finance violation. Nobody expects them to be held accountable for this campaign finance violation or for Nintendo to come clean about their collusion with the Biden campaign.

As President Trump and his campaign get raked over the coals for every minute perceived violation, mistake or offense… Joe Biden and Kamala Harris can again rest easy knowing that the rules do not now and probably will not ever apply to them. If Donald Trump’s campaign did the same exact thing… the media and congressional Democrats would be accusing him of “Japanese Collusion” for their involvement with Nintendo.