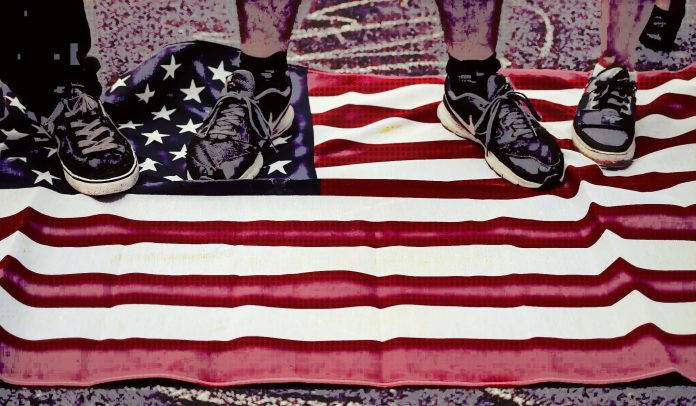 Project 1619 and the BLM curriculums are an effort to advance the Communist Agenda of indoctrination to children in pre-K to 12. The AFT and the NEA Teacher’s Unions both are pushing for their implementation. Their goal is to teach their version of American history. One that portrays our Founders as racist and evil.

“Divide and Conquer” is a familiar and effective tool of Marxists.

President Trump has threatened to stop the funding of school districts that want to implement the 1619 curriculum. But the BLM curriculum is noted to be even worse than that and should also lose funding. The People of this United States can no longer sit idle watching our nation commit suicide.

We permitted the installation of the Communist, Frankfurt School, at Columbia University in the 1930’s and since that happened the curriculum at many universities have turned millions of bright and happy young people into morose, insensitive, robotic, and unkind Marxists. Karl Marx was a dark figure in history. His and Engel’s “Communist Manifesto” are responsible for the Bolsheviks, and Fidel Castros of the world; who never have had their “Nuremberg trials” to hold them accountable for their crimes against humanity.

It is that history that should be taught in elementary, high school, and universities?!

Nikita Khrushchev was quoted as saying during the Eisenhower administration…

“You Americans are so gullible. No, you won’t accept communism outright, but we’ll keep feeding you small doses of Socialism until you will finally wake up and find that you already have communism. We won’t have to fight you; we will so weaken your economy until you fall like overripe fruit into our hands.”

President Trump’s solution of defunding schools that act like foreign propaganda institutions should extend to colleges and universities but parents need to become engaged as well. This election is the most important of our lifetime. If you are not afraid of communism talk to a victim of it in your neighborhood. We have only one candidate that represents the American people. The Marxists hate him because he is awakening the Sleeping Giant.