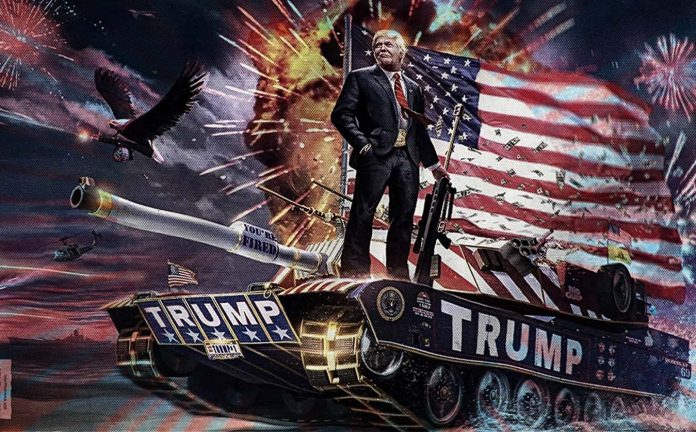 A week after a violent mob of UCF students harassed and attacked independent journalist Kaitlyn Bennett, the Central Florida Post has learned that several local groups are planning a flag wave and march through UCF campus this Saturday.

Local conservative activists and Trump supporters are disturbed by what they saw on social media last week, where a violent mob of UCF students attacked a female journalist as she walked through campus attempting to interview students about various current events.

Bennett rose to prominence when she open carried her AR-15 during her graduation from Kent State and currently serves as an InfoWars contributor, also running her own media outfit called Liberty Hangout.

The mob was stoked by various left-wing student groups and activists, who stalked Bennett and physically attacked her private security, eventually forcing them to retreat to a campus bagel shop.

Instead of the actions by the students being denounced, UCF-focused news outlets and alt-left magazine Orlando Weekly cheered the violence and predictably blamed Bennett for “inciting violence.” UCF Police department echoed those statements. The police officers on scene also repeatedly berated Bennett over not wearing a mask, ignoring the mob of hundreds of UCF students who were not social distancing and yelling constantly in Bennett’s face.

Orlando Weekly even claimed that the students were physically and mentally unable to control themselves because of Bennett’s history of supporting President Trump and the 2nd Amendment.

Her infamous reputation for purposefully agitating people during her interviews precedes her. Freeman said Bennett’s presence was having a similar effect on campus by inciting the students, making it impossible for them to enforce social distancing policies on the crowd, so he asked Bennett to leave for the sake of order and peace.

Conservative activists plan on gathering around 3pm on Saturday at the edge of UCF’s campus to flag wave, before marching peacefully through the University of Central Florida to show their support for America and President Trump.

It is unclear how students, school officials or law enforcement will react, but Central Florida Post will be on the scene to document the gathering.