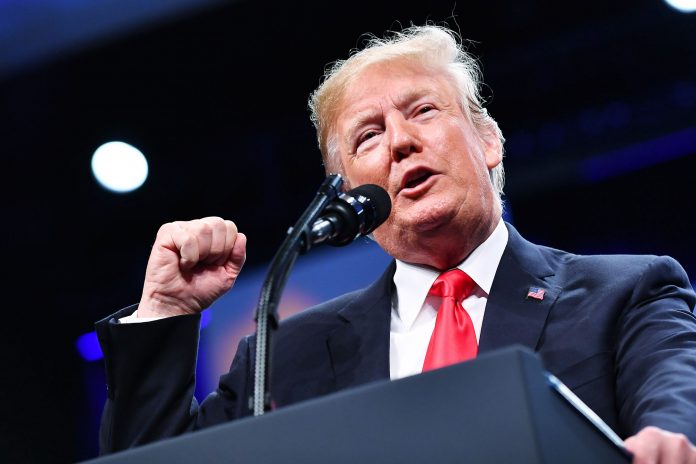 Rebutting mask-mandate hysteria, the Orange County GOP is set to roar back to regular operational status in their efforts to re-elect President Trump this November.

On behalf of the Orange County Republican Party, I am excited to inform you that we have opened a brand new call center at 1020 West Church Street in Orlando.

The Orange County Republican Party Call Center will be making phone calls for President Trump and other Republican candidates every Tuesday and Thursday from September 3 from 6 to 9 p.m. until Election Day on November 3, 2020.

The great thing about the Orange County Republican Party Call Center is that this will not be a boring office environment.  Instead, it will be more like sophisticated lounge with furniture, desks, tables, couches, easy chairs, and FUN!  We intend to provide our callers food, give out prizes, and reward those who work to help President Trump and our fellow Republicans gets elected.

According to an email from Orange County GOP Chairman Charles Hart.

And for those Republicans willing to make calls on behalf of President Trump’s re-election? They will receive free treatments from Chill Cryosauna, which is located off W. Sand Lake Road.

Our sources within in the party also confirm that Chairman Hart has planned out an aggressive digital approach as well, which will include evangelizing for the president across all platforms and utilizing the latest technology to GOTV.

The excitement of Orange County voters to re-elect President Trump and our great Republican candidates is overwhelming. In our continued efforts to save our Republic, the Orange County Republican Party is doing our part and has opened a new Call Center to capitalize on that excitement and do our part to achieve victory in 2020.

If you are interested, email Call Captain Lito Valdivia at valdivial@msn.com or call him at 407-739-6661 to answer any of your questions.