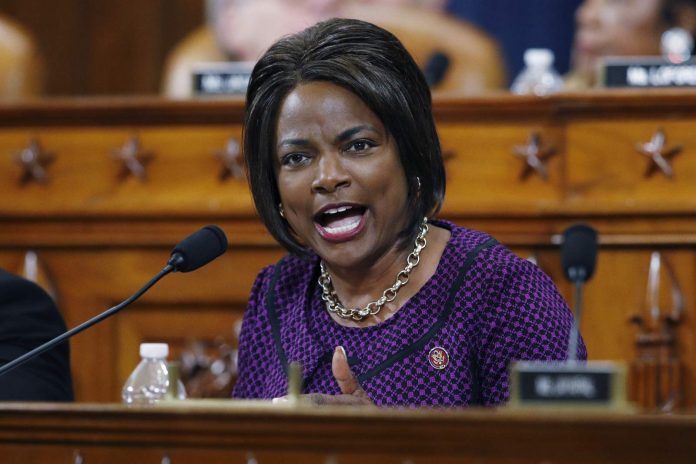 Val Demings, the leftist Orlando area Congresswoman was supposed to be Joe Biden’s VP pick, but in the end was rejected by the Biden team.

For the past few months, Val Demings was riding high. She was considered to be the top contender in the selection process to become Joe Biden’s running mate and enjoyed glowing profiles from the mainstream media.

A black woman who enjoyed a steady rise in local politics and one of the House impeachment managers, she looked good “on paper.” But as Icarus learned as he flew closer to the sun, the sunlight and scrutiny on Demings’ past sent her careening towards the depths as did the craven Icarus in the timeless Greek fable.

Before discussions of Demings as a VP nominee began, she used her social media accounts to promote domestic terrorist violence from groups like Antifa and Black Lives Matter. She ingratiated herself to the far-left after building her national profile with performances during the impeachment hearings.

And like Icarus, Demings kept flying closer to the sun. She went on with Ellen, was profiled in magazines and primetime news and talk shows relentlessly.

But then everyone learned about her poor performance as Orlando’s Chief of Police. Police brutality, corruption, nepotism, and spikes in violent crime during her tenure were exposed. They learned that the far-left gun control advocate left her car unlocked and allowed someone to steal her service weapon, baton, handcuffs and more while she was Chief of Police.

Despite this, Demings boosters continued the propaganda effort to secure her the spot and spread rumors that she was Biden’s pick as recently as yesterday morning, just hours before California Senator Kamala Harris was announced as the nominee. Over the past few months, Demings used the attention to raise nearly $250,000 for her re-election campaign.

And while she has tried to spin Biden’s snub, pivoting to racial talking points about how awesome it is that an African-American female is Biden’s VP pick (she’s actually Indian and Jamaican), left-wing media and Demings allies don’t want to talk about her rise and fall.

If it wasn’t absolutely devastating to not earn the VP nomination, the schedule of speakers for the DNC’s virtual convention don’t even list Demings.