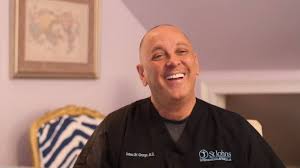 Dr. James St. George, a candidate in North Central Florida’s 3rd congressional district, who we exposed for an extensive history of abuse, dropped into the 3rd district in recent months to run for congress.

Following an extensive investigation by CFP into Dr. James St. George backed up by court documents, which uncovered disturbing allegations of domestic and animal abuse, we have now learned that St. George claims Homestead Exemption on a residence in St. John’s County, which is outside of the congressional district he is vying to represent.

While he is technically registered to vote in Florida’s 3rd congressional district, neighbors and our sources confirm that he is rarely seen at this secondary residence and are unsure if the power of water is even on.

Of course, shady politicians have a history of “carpet-bagging”, a practice of parachuting into a district at the last minute in hopes that voters won’t have the time or resources to realize this blatant slap in the face. St. George has dumped hundreds of thousands into his campaign, framing himself as a local hard-line conservative Trump supporter.

However, St. George provides no discernible facts proving that he is actually a supporter of President Trump, just slick campaign ads and fluffy messaging attempting to camouflage himself in the hotly contested GOP primary to replace outgoing Representative Ted Yoho.

Considering his unknown history, it should also concern voters that Dr. James St. George has changed his name at least once, according to court documents. We are currently investigating if this is the first time he has changed his name and if it is related to his rocky personal life and professional dealings as a physician.

St. George is originally from DEEP BLUE New England and it is unclear how often he has aided and abetted bad actors like Mitt Romney, who pose as Republicans but side with far-left Marxist revolutionaries.

People running for office should actually represent voters, no matter the locale, with deep community ties and long-term residency in the area. Past that, the GOP should be extremely concerned about St. George’s messy divorce, personal short-comings and issues plaguing his medical practice over the past several decades.

To recap… court documents reveal an extremely dark side of St. George, a history that will surely be exploited by the Democratic nominee in the general election, giving them an avenue to flip the solidly Republican district and costing us the chance at flipping the House back to Republican control.

St. George was arrested in Brevard County for Domestic Violence.  Court documents provide some more insight. In one instance, St. George held his ex-wife hostage for hours, wielding a kitchen knife and violently ransacking the house and smashing glass photo frames on the floor of the St. George residence. Fearing that she might be stabbed to death, St. George’s ex-wife even considered jumping off the balcony, a 12-foot drop, in order to escape her husband. During this same meltdown, St. George began spitting on furniture and in the direction of his wife, according to court documents.

Other court documents describe how St. George wanted to “put a bullet” between the eyes of his father and sister. He even brandished his shotgun in front of his young children and wife during another manic episode, demonstrating how to use the weapon to blow someone’s head off. And it appears St. George’s abuse was not limited to his family. He allegedly would grab the family cat in front of the children by the tail and hurl the cat across the floor, something he referred to as “bowling.”  His former wife gave the cat up for adoption to save the animal from further abuse.

The Massachusetts native moved to different states several times over the past three decades, each time after medical malpractice lawsuits or allegations about poor professional conduct surfaced. On one occasion, he was even reprimanded for nearly operating on the wrong kidney of a patient. Dr. James St. George would also allegedly give his patients less anesthetic than required to “torture” them.