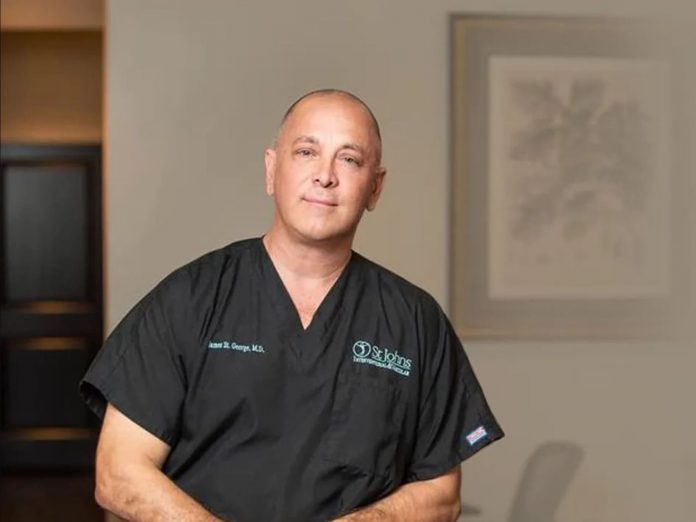 Dr. James St. George, a candidate for Florida’s 3rd congressional district that runs from Ocala to Gainesville up to the Jacksonville city limits, has an extremely troubling past that is raising eyebrows.

Testimony and court documents highlight how Dr. James St. George routinely abused his wife mentally and physically. The documents reveal a dark side to St. George unlike the one being portrayed on tv throughout North Florida, paid for by the doctor’s own donations and donations of special interests.

St. George was arrested in Brevard County for Domestic Violence.  Court documents provide some more insight. In one instance, St. George held his ex-wife hostage for hours, wielding a kitchen knife and violently ransacking the house and smashing glass photo frames on the floor of the St. George residence. Fearing that she might be stabbed to death, St. George’s ex-wife even considered jumping off the balcony, a 12-foot drop, in order to escape her husband. During this same meltdown, St. George began spitting on furniture and in the direction of his wife, according to court documents.

Other court documents describe how St. George wanted to “put a bullet” between the eyes of his father and sister. He even brandished his shotgun in front of his young children and wife during another manic episode, demonstrating how to use the weapon to blow someone’s head off. And it appears St. George’s abuse was not limited to his family. He allegedly would grab the family cat in front of the children by the tail and hurl the cat across the floor, something he referred to as “bowling.”  His former wife gave the cat up for adoption to save the animal from further abuse.

The problems for the bad doctor don’t stop at animal or domestic abuse; he apparently fled several states due to malpractice lawsuits. The Massachusetts native moved to different states several times over the past three decades, each time after medical malpractice lawsuits or allegations about poor professional conduct surfaced. On one occasion, he was even reprimanded for nearly operating on the wrong kidney of a patient. Dr. James St. George would also allegedly give his patients less anesthetic than required to “torture” them.

As Dr. James St. George plans to spend hundreds of thousands of dollars of his own money on his campaign to buy a seat in Congress, he may find that voters are smarter than Dr. James’ marketing, marketing which conveniently leaves out his arrest, domestic abuse and malpractice problems.