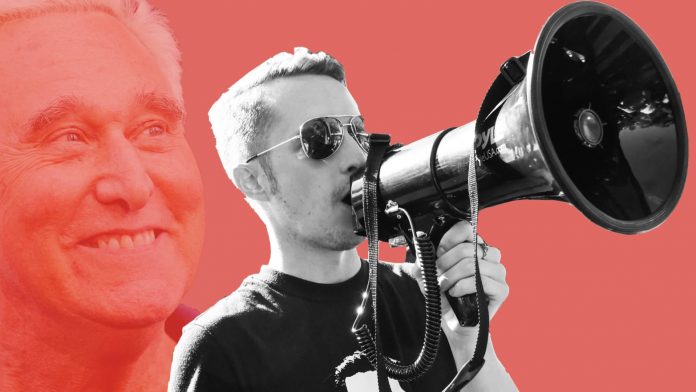 In a stunning new level of censorship, Facebook announced several days ago that Roger Stone, CFP publisher Jacob Engels, and the Central Florida Post were being removed from Facebook and Instagram for “inauthentic behavior.”

It should come as no surprise or secret that the Central Florida Post has long shared content related to Roger Stone, including coverage of his book tours and media appearances. And yes, we have been extremely critical of Robert Mueller’s witch-hunt which ensnared Stone and the treasonous coup attempt still underway by Democrats who still can’t get over the fact that Donald Trump defeated Hillary Clinton in the 2016 election.

In 2019, I was deleted from Facebook and Twitter for daring to call out Minnesota Congresswoman Ilhan Omar’s documented ties to terrorist groups and anti-Semitic organizations. This came after Roger was banned from Twitter for the crime of being critical of the hyper-partisan activist journalists at CNN.

Over the past year, Facebook has refused to approve ads for conservative elected officials, news outlets or commentators. All the while, domestic terrorist organizations like Antifa and Black Lives Matter are allowed to run wild on Facebook, Instagram, Twitter. They can call for the assasination of anyone they deem undesirable and openly plot domestic terrorist and insurrectionist activity.

The latest round of censorship from the tech-platform, which also owns Instagram, is even more subjective and frightening than any act meant to silence us leading up to the 2020 election. The new policy of removing reputable news organizations or public figures for what they claim is “inauthentic behavior”, is shockingly evil.

What do they deem “inauthentic behavior”? For the Central Florida Post Facebook page and my personal Instagram accounts, it was the fact that I actively petitioned for a pardon of Roger Stone and called out a local government in Central Florida for appointing a radical Black Lives Matter activists.

Yes, you read that right. Facebook is no longer focused on the phoney boogeyman of “Russian interference on our elections”, they have now made it clear that any opinion they view detrimental to radical left-wing causes or efforts aimed at defeating Donald Trump and holding Democrats accountable for their treasonous coup attempt will be cause for digital depersoning on the grounds of “inauthentic behavior” that spreads “misinformation.”

We’ve been in a gradual slide towards an Orwellian future reminiscent of his novel 1984 for some time now. What happens when there are no conservatives, libertarians, independent media and journalists left online to participate in the digital public square?

A dark and demented future dominated by cancel culture and mob rule at the hands of domestic terrorists like Antifa.

For those looking to still follow Central Florida Post and Jacob Engels, they can do so on the anti-censorship app called Parler.