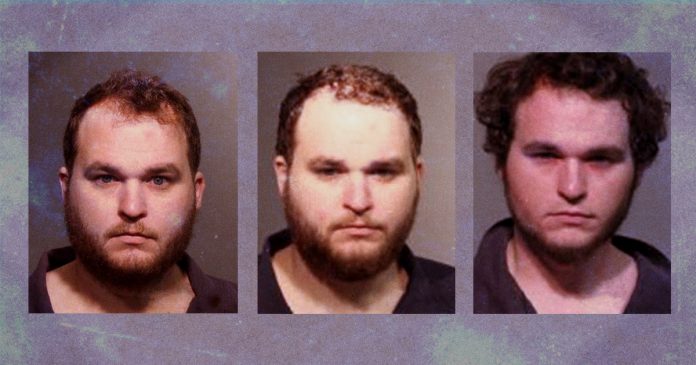 Harry Reagan has been arrested several times for battery by strangulation.

Reagan’s online harassment has lead to a series of death threats on others and myself. He has claimed that this journalist is a white nationalist and racist, both provably false and extreme dangerous allegations. Mr. Reagan has even made it his business to harass or intimidate local business that I patronize, leading Hollerbach’s Willow Tree Café to ban this gay journalist from their establishment and threaten to trespass me if I ever step foot on their property again, despite having spent thousands of dollars over the years supporting Hollerbach’s.

Mr. Reagan is a failed musician and bartender who has preyed on women in Central Florida for years.

As a result of Reagan’s continued harassment, which has put several people in danger and even resulted in a group of violent leftwing skinheads showing up to City Hall and threaten violence against this gay journalist.

An investigation by Central Florida Post has revealed that Harry Reagan (Harrison Bainbridge Reagan), has a violent criminal past. In the past decade, starting in 2008, Reagan has been arrested several times for battery by strangulation on two of his former girlfriends, including the mother of his child. He has also been charged with false imprisonment, kidnapping, child abuse. Reagan has also violated his probation nearly a half-dozen times and has repeatedly violated court orders to cease contact with his victims, even involving his mother in his harassment schemes.

In 2009, Reagan was on probation and GPS Monitoring for his 2008 Felony Battery charge on the mother of his child.  In May, Reagan forced himself into his ex-girlfriends home, beating her viciously before attempting to strangle her by covering her mouth and nose.  After the incident Reagan profusely asked to be Baker Acted for the second time since 2008.

In 2014, Reagan drunkenly entered another girlfriends residence and began beating the victim and whipping her with a pair of pants. After passing out, he was awoken by the victim attempting to get him to leave her residence because she was leaving for work. Reagan responded pushing her to the ground and strangling her with his forearm, leading the victim to flail her arms and strike a mirror, resulting in a laceration. The victim was unable to comfortably move her neck of swallow after the brutal assault.

Reagan would go on to violate his probation as he did after his previous charges for battery by strangulation, entering exclusionary zones to harass his victims.

In one exchange with a victim, Reagan was told to “get help” which he refused, before telling the victim that he was “a monster.” Reagan has also been Baker Acted and remanded to a mental institution in the past.

For Sanford residents and business owners who have been taking his wild allegations about this journalist being a white nationalist and danger to the community seriously, they should consider the source. This gay journalist is not a danger to anyone and never has been, while Reagan is a serial abuser of women.

Who poses more of a threat to residents and business owners? A mild-mannered gay journalist or a convicted pervert and abuser of women like Reagan?