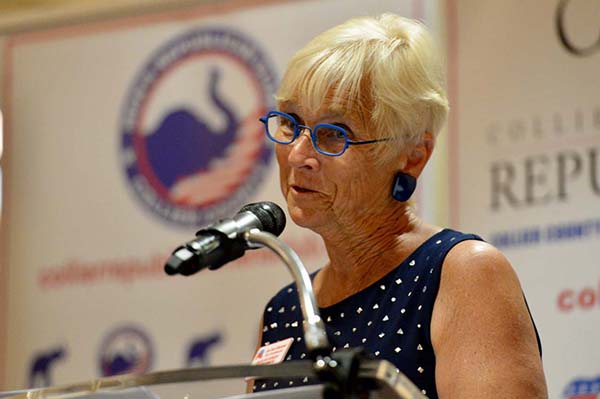 The candidate for Collier County GOP State Committeewoman has incited people to harm this gay journalist, who supports Trump.

Days after reporting about the radical Islamist tied to Jan Face Glassman’s campaign for Collier County GOP State Committeewoman, The Central Florida Post has been flooded with threats and calls to kill my dog.

We will not back down to petty threats or attacks on innocent animals. Jan Face Glassman is in league with Islamist and terrorist sympathizers who represent the very worst in Republican politics, having connections to abortion groups and anti Trump super pacs.

This publication refuses to cower and hide from her NEVER TRUMP allies, who wish to destroy this country and assist BLACK LIVES MATTER in killing our country.

The fact that Jan Face Glassman associates with Amira Dajani Fox, whose close familial relation founded the Palestinian Liberation Organization, is disgusting and anti-Jew. She should apologize for her contribution to Jew-hate in the UNITED STATES OF AMERICA. The United States of America is closely aligned with our only freedom based ally in the Middle East – ISRAEL.

Since Jew-hating scum aligned with Face Glassman’s blasphemous campaign have threatened our publisher, observers in the Collier County area have been shocked to see the attacks from Glassman’s supporters on a gay pro–Trump journalist.

Jan Face Glassman should apologize to this gay journalist, to Trump supporters, to defenders of Israel, and all Jewish Americans who have faced discrimination on epic proportion after fleeing Hitler’s Third Reich.

You are not going to shame us or replace us. This publication stands with Jewish Americans and we will not be silenced or threatened into silence as a result of your depraved threats.