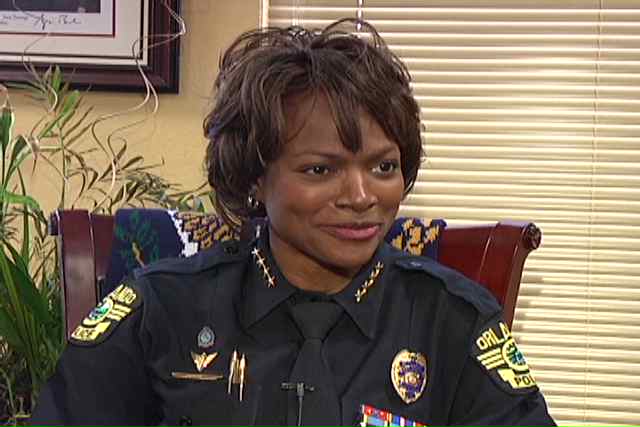 Val Demings, a rising star in the radical Democrat party and one of more crazed House Impeachment investigators, is being called on the carpet by a left-wing outlet in Orlando for her record as Orlando Police Chief. Biden’s consideration of Demings has angered the Black Lives Matter mob, as The Gateway Pundit reported on last week.

Amid all of the calls for police reform, which President Donald Trump has swiftly acted on, we are confronted with the rabid mob of anti-cop BLM and Antifa activists who want nothing more than an anarcho-communist society. Val Demings, a former law enforcement officer herself, has cheered on the looting and rioting, refusing to acknowledge the destruction of American culture and loss of precious human life at the hands of these brutish thugs. Demings has even accused the violence from Antifa and BLM an act done by undercover white supremacists. She refuses to acknowledge they exist and their domestic terrorist activities. The Orlando Weekly, a well-known progressive publication that has propped up Demings for years, took a hard swipe at her a few days ago, exposing her abysmal record as Chief of Police for the Orlando Police Department.

Demings was the Orlando Police Department’s chief from 2007-2011, and she’d been on the force since the 1980s, working her way up. For most of the 2000s, I reported on Orlando’s city government and its police department. For lack of a better term, the OPD then was a shit show: violent, unaccountable, vindictive, absurdly moralistic.

That’s the police culture in which Demings was inculcated.

According to the Orlando Weekly, in April of 2007, when Demings was Deputy Chief, an off-duty officer working security at an Orlando nightclub pushed a woman down a flight of stairs which resulted in a broken ankle. He then lied about what happened to his fellow officers and Demings fought to have his punishment reduced to a one-day suspension.

Here’s the part where I want you to remember Demings’s words: *When you fail to publicly admit that there is a problem, then it is extremely difficult to address the problem.

Demings would deny problems within her department and her reaction to those problems, defending her OPD in an op-ed to the Orlando Sentinel. As the Orlando Weekly rightfully observe, Demings only seemed to start caring about police reform when it became needed to bolster her campaigns for congress and now her desire to be Biden’s VP pick.

Hypocritical histories and hateful fantasies about destroying America seem to be the common denominator for Democrat elected officials.