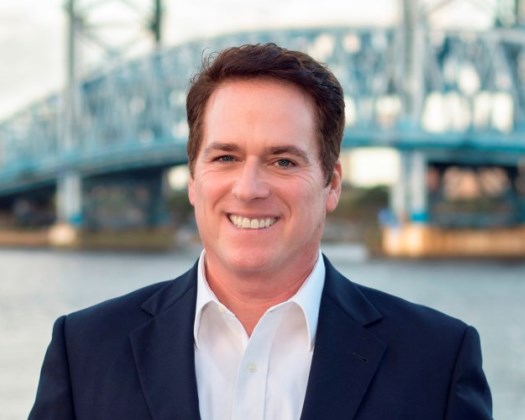 After serving in the Florida Legislature for nearly 30 years and several unsuccessful runs for congress, he finally snagged Florida’s 5th congressional district in the 2016 elections.

The district spans across the City of Jacksonville and stretches 150 miles west to Tallahassee. Some might argue that this Democrat-held district would be difficult to flip to the Republican side. However, Joe Biden has defied everyone’s expectations, running a train-wreck campaign that includes sometimes dozens of epic fails each week, putting into question his ability to remember what he had for lunch, much less his ability to win in November.

One of his most recent gaffes, where he told popular radio host Charlamagne Tha God that “if you are having a hard time figuring out if you’re going to vote for me or Trump… then you ain’t black.” Given that the district has a heavy African-American population and voting demographic, comments like that from Biden certainly do not bode well for Congressman Lawson, his biggest backer in North Florida.

A callous comment like that, coupled with Biden’s past support of segregation and development of the 1994 “Biden Crime Bill,” which destroyed the black community and resulted in the incarceration of millions of people of color, provides an opening for Republicans that they have never had in Florida’s 5th district.

Republican businessman Gary Adler hopes to be the one to flip FL-5 red in 2020. A serial entrepreneur who runs several businesses across the district and employs dozens of Jacksonville residents, he has a connection to the community that career politicians like Lawson take for granted and do not nurture as they morph into career politicians.  We also have to remember that Lawson lives 150 miles away from Jacksonville on the far west end of the district.

According to a profile on Adler from Florida Daily, he wants to make America work for “every American.”

Adler stressed his career in the private sector and his community involvement as he launched his bid.

“As a businessman, I understand how to make our economy work for every American,” said  Adler. “We need leaders who will boldly tackle our biggest problems and find innovative solutions to better the lives of all Americans.

“Congress is out of touch  – and I’m running to make a change,”  Adler added. “I’ll work hard each and every day for the citizens of my district, and I’ll never forget who my bosses are.”

Lawson, who remains strictly committed to Joe Biden’s struggling candidacy, assume re-election is inevitable. For Lawson, he will die in elected office before he is ever defeated by a Republican. And while the district leans Democratic, Republicans have made major inroads with the electorate, especially with the election and re-election of Republican Lenny Curry, who previously served as the Chairman of the Republican Party of Florida in 2015.

While Adler has a tough path, it becomes easier and easier as Biden’s campaign continues to falter. He knows how to create wealth, build businesses and put people to work. Especially with the continued impact of Coronavirus on our economy, residents of Florida’s 5th district could be looking for a shake up and departure from the status quo.

Who better to do that than someone like Gary Adler? For the voters who have been neglected by career politician Al Lawson, a political newcomer with a business background might be their best shot at getting active representation in Washington.