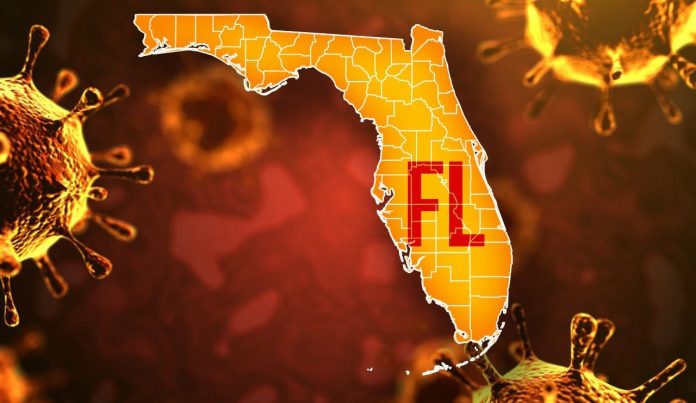 After Florida Governor Ron DeSantis’ leadership during the Coronavirus pandemic led to a sharp declines in deaths and new reported cases, dozens of large protests organized by Antifa and Black Lives Matter have lead to a dramatic spike in COVID-19 infections across the state. While Governor DeSantis and business leaders remain cautious in their final stage of reopening, often limiting capacity and encouraging sanitizing and cleanliness standards, angry and violent protesters have totally abandoned common sense in favor of “fighting for social justice.”

News publications across the state from alt-weekly’s to mainstream operations, have also gone from attacking anyone who wasn’t wearing a body condom when in public to rewarding massive mobs of angry leftists to get outside and gather in the tens of thousands, often with no adherence to sanitizing or cleanliness standards that every sane American continues to abide by. Worse yet, tropical storms and hurricane season have caused the protesters to be drenched and even face tornadoes while interacting with one another in the hot and humid Florida summer.

It does not take a medical expert to understand that physically exerting yourself in the elements will undoubtedly increase the chance of sickness being transmitted from person-to-person. And the protests show no signs of slowing down, with dozens more planned next week. Politico recently reported that public health officials are now saying “social justice” is now more important than “social distance.” With all the bad data and predictions that we already know about, the fact that these same officials are now encouraging people to put themselves at risk because of “social justice” is literally insane.

Funerals had to be virtual. Commerce was shut down. Economy crippled. But if social justice warriors want to riot, loot, maim people… it is A OK to ignore social distancing.

President Trump and state leaders across America should seriously consider steps to decertify these doctors and public health officials who have done a complete 360 because they feel the need to virtual signal and be “super woke.”