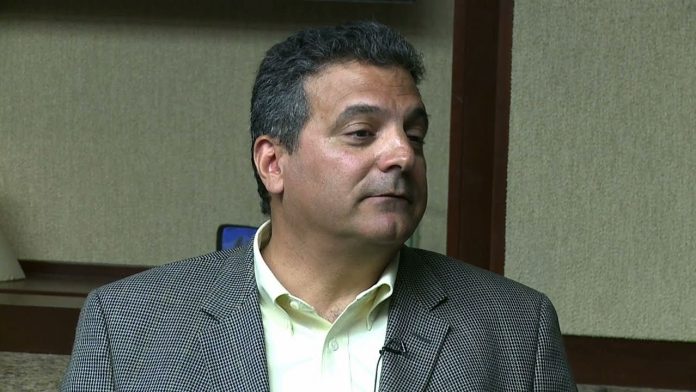 Bob Dallari, a several term District 1 Commissioner on the Board of County Commissioners in Seminole County, has apparently been using a fundraising platform that has hosted Neo-Nazi groups and other racist people or organizations.

It has not been a good few years for Bob Dallari. After documents and internal investigations of him harassing a male subordinate were made public in 2017, Seminole County taxpayers have learned that Commissioner Dallari’s alleged misconduct cost them tens of thousands of dollars in legal fees related to defending Dallari against allegations that he made sexual advances on a male subordinate.

Since these documents and others detailing who Commissioner Dallari really is “behind the scenes” by the website Seminole Exposed, which you can view by clicking here.

Dallari was the focus of a 2018 story by the Orlando Sentinel, where he was alleged to have asked for police resources to be used to spy on his political enemies.

Among the accusations is that Dallari tried to persuade Peterson to have police stake out a restaurant where two political enemies had gathered, to catch them possibly driving under the influence. Peterson said that he refused Dallari’s request.

Williford said Dallari tried to block improvements that would give others a political edge and he pushed to get firm Farmer Baker Barrios Architects Inc., which solicited money for Dallari’s county campaign, selected to design a city amphitheater.

Also employed in an advisory role for Walt Disney, Dallari’s stance against adjusting the rural boundary in Seminole County to allow for an Eco-friendly commercial and residential development. Some, including this publication, have alleged that resistance to even the most minimal and time-appropriate changes in Seminole County’s rural boundary, may very likely be fueled by a desire to stymie racial diversity in the area’s rural corridor.

You can read our commentary on that here.

Now that we have discovered that Dallari’s campaign his financially supporting a donation platform with current and former ties to people in the white nationalist or white supremacist movement, further concerns over Dallari leading the charge to stop the eco-friendly commerical and residential development in Seminole County’s rural corridor have arisen.

From a recent article released by The Guardian, detailing some of Donorbox’s most racist patrons.

The report found three such groups were still using DonorBox, including the American Freedom party, which advocates the deportation of non-white people and the creation of a white ethnostate.

DonorBox banned the Council of Conservative Citizens, which Roof named as the source of his beliefs about “black-on-white crime”, after being contacted by CMD.

Does Dallari truly believe what he is saying during the Board of County Commission meetings? Or are there more sinister and deep seeded reasons for his resistance to the project?

Voters should demand answers from Commissioner Dallari sooner than later. We cannot afford to have the Central Florida area ignite into a further racial divide during these very troubling times.