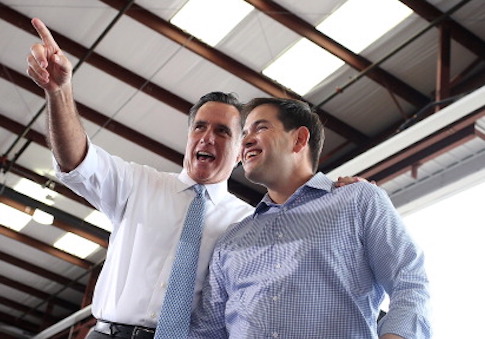 Announced a few days ago, the news has not gotten widespread press, but was reported on by Florida based news outlet Florida Politics.

The man who held top roles advising both Mitt Romney’s embarrassing 2012 president campaign and Marco Rubio’s chokeshow is now going to be the Facebook Policy Communications Director, a role in which he will have extreme power to implement even more radical content rules that will continue to wipe Trump supporters from the platform. Announced a few days ago, the news has not gotten widespread press, but was reported on by Florida based news outlet Florida Politics.

Burgos was Rubio’s bulldog during the 2016 campaign and got especially vicious by disseminating fake news about then candidate Trump in an effort to do everything they could to “STOP TRUMP”, despite knowing that they did not have the delegates to win legally at the RNC, USA Today reported in 2016. Burgos’ predecessor at Facebook is another Romney alumni named Andrea Saul, who failed to do anything meaningful to stop the digital depersoning of millions of conservatives over the past several years.

And if you look at the quote Burgos gave to Florida Politics when asked about his new role with the digital media platform, we should all be very concerned about the direction he will take going into the 2020 election cycle.

“I’m excited about this opportunity to work with the great team communicating Mark Zuckerberg’s call to work with government to update regulations and rules for the internet, focusing on harmful content, election integrity, privacy and data portability,” Burgos told Florida Politics.

It seems that he has bought into the “harmful content” hoax that allows death threats against President Trump to remain on Facebook but bans users for positing basic questions about the continued violence by Muslims across the globe or discussions about Democrat rapists and sexual offenders (Bill Clinton / Joe Biden). Even more disturbing? His mention of “election integrity” which at Facebook means doing everything in their power to stymie Republican and conservative candidates.

We should see this as nothing more than a token hire so that Facebook can say… “See we have a veteran Republican operative making the rules now… it’s fair.”