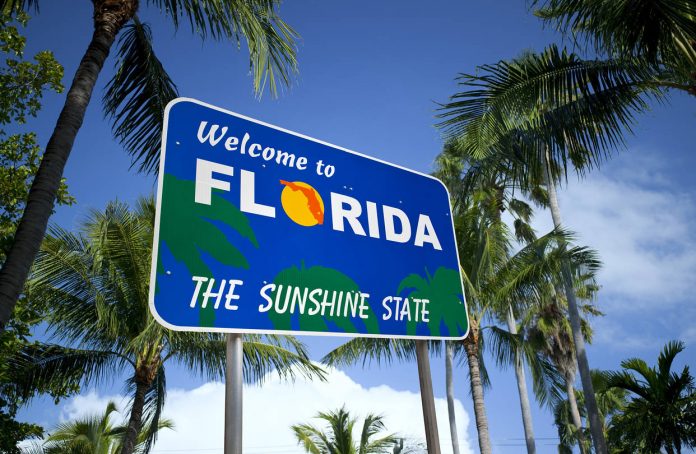 With many across the Sunshine State growing tired of being caged like rabid animals, a collection of conservative groups are planning to take to the streets across Florida to call for the reopening of Florida.

Recently, Jacksonville Mayor Lenny Curry announced he would begin reopening city parks and beaches this weekend, which was met with a very positive response from the citizenry.

President Trump and administration officials have made statements signaling that they would like to reopen the economy by the first week of May. Both President Trump and Governor Ron DeSantis have faced a litany of problems in restarting our once booming economy, mostly because of political games being played by Democrats and media talking heads who went from downplaying the Coronavirus to sensationalizing it as soon as they saw it could be used as a tool to harm President Trump’s America First agenda.

Enrique Tarrio, a South Florida congressional candidate and Chairman of the Proud Boys says that he expects dozens of groups to show their support at “Operation Reopen Florida” protests in Miami (Freedom Tower), Orlando (Lake Eola Amphitheater), and the state capitol building in Tallahassee.

“Patriots from all over the America First movement want to send a strong message to Democrats in Florida and Washington DC — let our Governor and President bring back the best economy in the history of the United States. While we should all remember to be safe during these trying times, it is unconstitutional to cage us indefinitely. We still have a right to assemble and we intend on exercising that right.”

It is unclear how law enforcement or city officials will respond to the “Operation Reopen Florida” protests, given the fact that we have not seen a multi-city effort like this organized in the state of Florida. The announcement comes less than a week after prominent Trump ally and Tax Collector Joel Greenberg called on citizens to disobey the unlawful lockdown orders.

You may sign up for more information at this link.