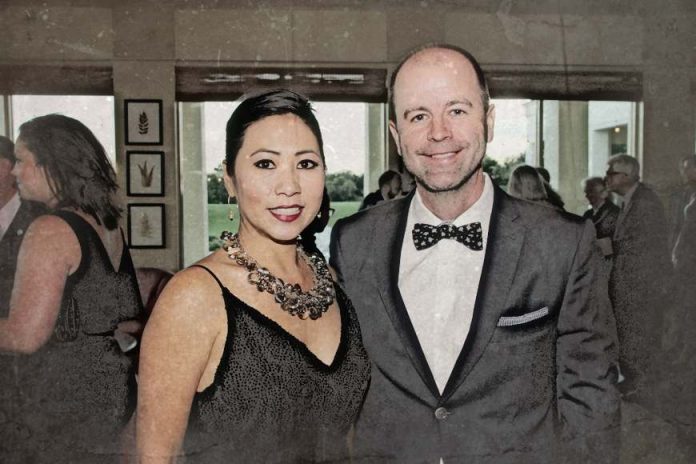 The Winter Park congresswoman’s husband owns a sportswear company that produces over 97% of their products in China.

As discussed at great length in my new book Saigon Stephanie Murphy – The Truth About America’s Moderate, Stephanie Murphy’s husband runs a business with deep ties to Chinese manufacturing firms. Sean Murphy, who runs 3N2, has benefited from his wife’s help in the design and patenting of one confirmed product and it is suspected that she has serious involvement with her husband’s business dealings.

DURING THE CORONAVIRUS PANDEMIC — YOU WILL RECEIVE A DIGITAL DOWNLOAD OF SAIGON STEPHANIE MURPHY – THE TRUTH ABOUT AMERICA’S MODERATE AND BE SHIPPED A PAPERBACK WHEN IT IS SAFE TO DO SO.

It is well known that in order to conduct any business in China, you must work with an operative of the Chinese Communist Party, who runs the entirety of business and commerce in China. We have cautioned about how Congresswoman Murphy could potentially be spiriting sensitive documents or security briefings to the Chinese Communist Party through her husband’s contacts, in return for preferential treatment for 3N2. We discussed this in Saigon Stephanie Murphy – The Truth About America’s Moderate as well.

Just last week, Murphy argued that we should reward the Chinese government by removing the tariffs enacted by President Trump, even after they have killed journalists and dissapeared an untold number of people who have blown the whistle on the mishandling of the Chinese virus by the Chinese government and their counterparts in the Chinese Communist Party. Murphy is originally from Saigon, Vietnam and has maintained Communist style political positions during her time in congress, including abolishing the 2nd Amendment and gun confiscation.

Hours after shilling for the Chinese government, Murphy voluntarily entered herself into “self-quarantine,” after reportedly coming in contact with several other members of congress who had tested positive for Chinese virus.

One has to wonder if she has indeed been tested and if her husband has traveled to Communist China since last November? Congresswoman Murphy should come clean with Floridians about her husbands ties to the Chinese Communist Party and her involvement in obtaining preferential treatment for her husbands corporation 3N2.

Until then, lets hope she just stays out-of-sight and out-of-mind.