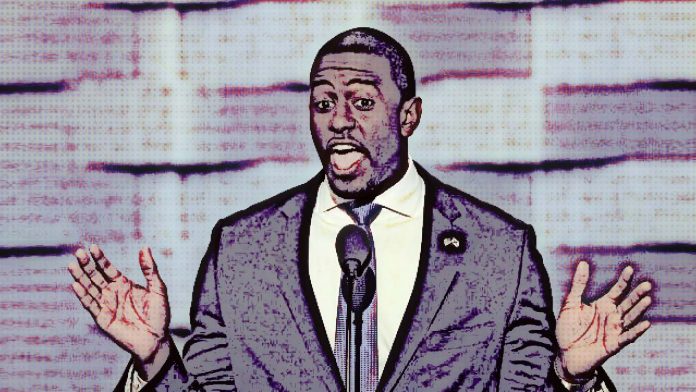 A day after this publication obtained and was the first to release an exclusive photo of what appears to be a naked Andrew Gillum passed out in his own vomit on a Miami hotel room floor, the Central Florida Post has learned that Gillum has obtained a high-powered criminal defense attorney with ties to rap mogul Jay-Z and hip-hop artist Meek Mill.

Alex Spiro, began issuing threatening letters to The Floridian, a South Florida based news outlet that published their own story regarding the photo shortly after CFP began circulating our exclusive.

“To be clear, the public has no legitimate interest in any such photo, and its release appears to be based not on a desire to shed light on an important public event, but rather to appeal to the prurient interests of certain members of the public. Moreover, this blatant attempt to damage the reputation of a devoted public servant seeking treatment in the midst of a national emergency and global health crisis is appalling and demonstrates an utter disregard for decency and the privacy rights of Mr. Gillum and his family. The Article is a violation of Mr. Gillum’s rights to privacy and must be promptly removed.”

Out of compassion for Mr. Gillum’s wife and young children, Javier Manjarres, the publisher of Floridian Press, has complied with the request from Gillum’s attorney.

However, we would like to make it perfectly clear that we plan on resisting such threats, not only because they are legally without merity, but because Mr. Gillum is a public figure whose life is of considerable public interest. Despite Mr. Spiro’s claims that the public has no legitimate interest in the photo, they clearly do. After our report, dozens of news outlets around the globe used our exclusive in their own commentary and Andrew Gillum began trending on Twitter.

The Daily Mail, a well-known and respected United Kingdom based publication, then released other photos of the luxury hotel room that was effectively turned into a drug den, featuring nearly a dozen narcotics.

Enrique Tarrio, who helped this publication obtain the photo of grotesque and sad nude image of Andrew Gillum, will also resist any legal action from Gillum’s New York attorney.

Tarrio, who is running as a candidate for congress in Miami, said that while he is not perfect…

“I obviously take my responsibility to the voters and citizens more seriously than Andrew Gillum.”

This remains an ongoing story, one of great public interest, as evidenced by the amount of people actively discussing it both publicly and privately across digital media platforms.

We will continue to obtain the unredacted bodycam footage from the Miami Beach Police Department and will eventually release that footage. This man could have been our governor and a phony rehab stint is clearly a ploy for sympathy before re-entering the political arena.