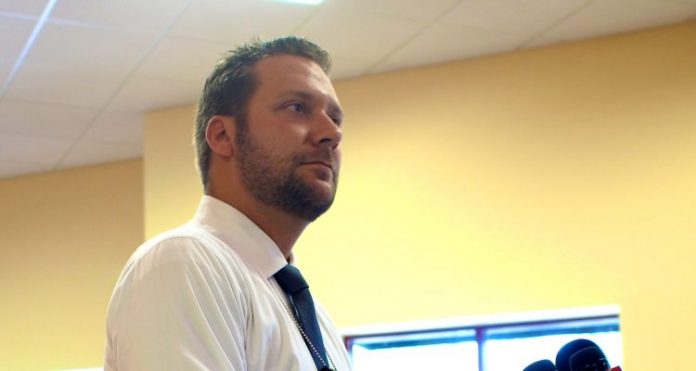 Joel Greenberg, who was elected Tax Collector for Seminole County in 2016, has made a special request to Governor Ron DeSantis to protect those who are due for vehicle and vessel re-registrations.

Following Governor Ron DeSantis new executive order giving Florida residents at 30-day extension on renewing their driver’s license and waives any late penalties, Seminole County Tax Collector Joel Greenberg is asking the governor to also consider extensions and protections for individuals who are coming due for vehicle or vessel re-registrations.

“According to a release from Greenberg spokesperson Alan Byrd, Greenberg requested the Governor to include all vehicle and boat registrations in the 30-day extension. As vehicle registrations are annual, the number of registrations up for renewal is significant.”

In a video posted to the Tax Collector’s official Facebook account, Greenberg further explained his request and discussed how his staff and office locations are working to maintain a safe environment for customers.

They announced several days ago that they are moving towards an appointment only system.

“We have seen an influx of customers today as people are concerned about government services shutting down,” says Seminole County Tax Collector Joel Greenberg. “I applaud the governor for taking this step, but I’ve asked him to do more.”

“If we truly want to combat this virus, we need to put off any items that require our citizens to come into our offices,” Greenberg says. “We also are requesting all local law enforcement in Seminole County to hold off on enforcing tag registrations at this point to allow our tax collector offices to see fewer people.”

Since being elected in 2016, Greenberg has overhauled the Seminole County Tax Collector’s office, bringing it into the 21st century, opening several new locations and introducing plenty of ways for residents to complete their transactions online.