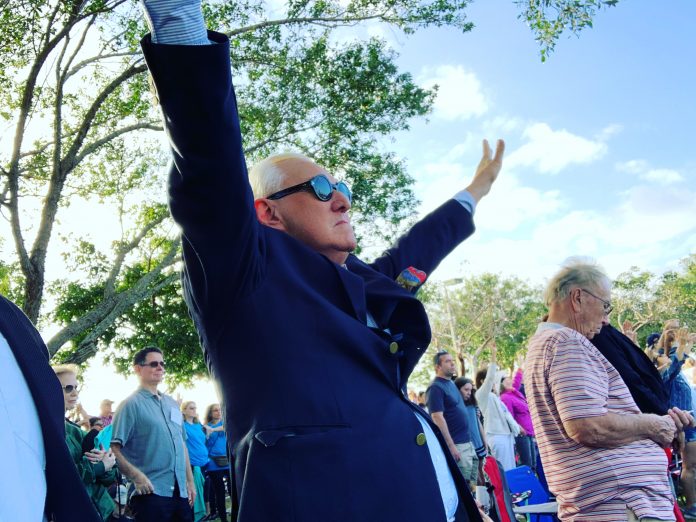 Randy Coggins, an up and coming evangelist based out of the Tampa Bay area in Florida, is calling on Christians and patriots across the nation to support longtime Trump ally Roger Stone as he prepares to be sentenced in a DC court on February 20th.

Tampa bay area evangelist and Pastor Randy Coggins serves as Roger’s spiritual advisor and plans to speak on his behalf during his sentencing hearing. He revealed to The Gateway Pundit earlier today that he saw Roger Stone “witness” with Franklin Graham during Graham’s Boca Raton Stop of his “Decision America” tour.

“Despite his best efforts, Roger Stone was charged and found guilty of crimes that he did not commit. Moreover, he was silenced by the court with a gag order to prevent him from being able to speak out against the injustice committed to him by the deep state in league with fake news media. HE IS STILL UNDER THIS GAG ORDER EVEN AFTER BEING “CONVICTED”. This is totally UNCONSTITUTIONAL,” Coggins told The Gateway Pundit.

“Recently, Roger & I attended Franklin Graham’s “Decision America Tour” in Boca Raton, FL where Roger publicly confessed his Faith and Belief in God. Hundreds of Graham’s supporters flocked to meet Roger with nothing but well-wishes, support, and prayers. Even Franklin Graham himself had a few moments of Prayer Fellowship with Roger that day at the event.”

Our sources also confirm that Stone was in attendance and was seen leaving the event clutching a bible given to him by Graham, who has emerged as a staunch defender and confidante of President Trump.