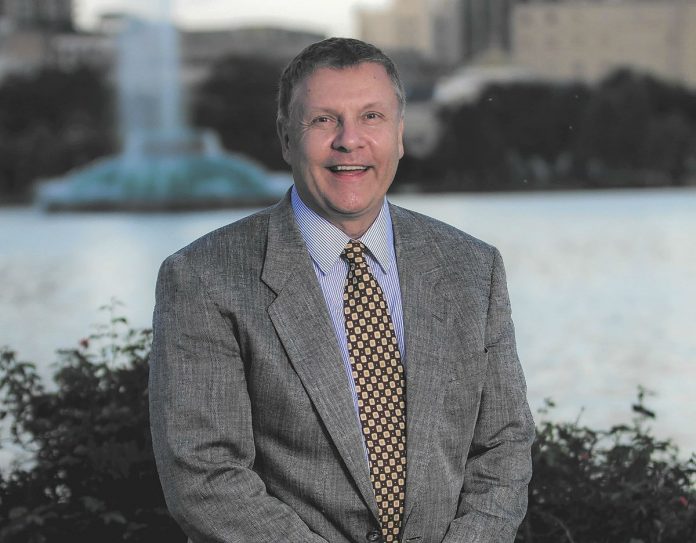 Orlando resident Paul Paulson has always had a servant’s heart. Despite a recent break from public life, he remains committed to helping his fellow Central Floridians.

I have known Paul Paulson for the better part of a half-decade. He and I are both transplants from the Mid-West, he was born and raised in Minnesota while I hail from Northern Michigan. One thing I have realized about Paul is that he didn’t leave the Mid-Western charm and selflessness up North; he brought those characteristics with to our sunny Central Florida.

Aside from his 2015 campaign for Orlando Mayor and his role as the State Committeeman for the Orange County GOP, Paulson’s public service has remained mostly in the shadows, always following a more humble approach. However, several readers have reached out sharing stories of who Paul Paulson is behind the scenes and in the community.

While some have cast some very nasty aspersions on Paulson’s reputation for the simple fact that he is a Republican, Christian, or avid Trump supporter… I recall former University of California basketball coach John Wooden’s quote about character.

So what does Paul Paulson do when “no one” is watching?

He has cleaned graffiti from mailboxes and street signs in the Colonial Town neighborhoods that he helped create as a homebuilder.

He has purchased clothing and shoes for families in need across Central Florida, an annual tradition according to his friends, particularly before the start of the school year and during Christmas.

He even picks up trash on the side of the road several times a year.

I tell you these things not because Paul Paulson has asked me to tell them and not because his friends or family have asked me to tell you. We at the Central Florida Post are sharing these stories because they need to be told. I happen to be good at telling stories, though humility and selflessness might not be my strong suits. And full disclosure, I do not have the resources or willingness to give back so much and so often like Paulson.

When a single mother was in desperate need for a car to take her children to daycare and then get herself to work, Paul Paulson stepped in with no expectations and no rules. He even helped cover legal fees for the single mom so she could recover much needed child support payments.

You might not like Paulson’s political stances or views, but how can we deny the capacity for compassion within the attorney turned homebuilder? Yes, like all of us, he has made mistakes in his life, nobody is perfect.

Although Paulson refused to discuss the details shared with us by his friends who alerted us to his charitable efforts mentioned above, he didn’t exactly deny that he was the one who paid off dozens of layaway accounts before Christmas at a Burlington store in Central Florida at the end of 2019. The act of kindness caught the attention of Burlington’s PR team and earned national attention, including an article I wrote for The Gateway Pundit. I did not know that Paulson was behind the gift until I sat down with him at Hotdog Heaven off East Colonial, just minutes away from his Downtown Orlando residence.

“I am not going to deny it,” Paulson told me.

And it seems that for once, Paulson’s humble nature might have cracked and given us some crucial insight.

Hell… sometimes the good guys like Paul Paulson deserve a victory lap. We should all strive to do something for someone else at least once a year, our souls and our communities will thank us.