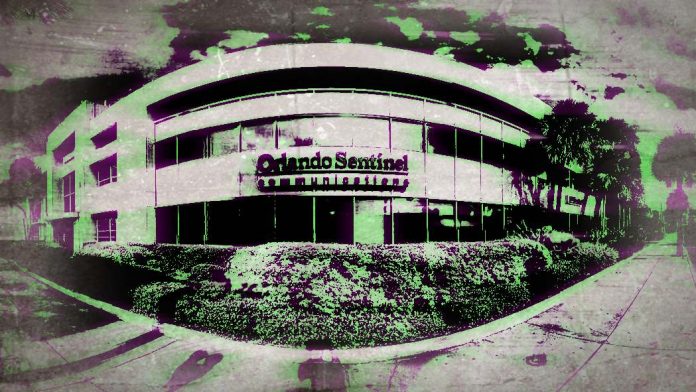 Tribune Publishing, which runs far-left news outlets like the Chicago Tribune and the Orlando Sentinel, is asking employees of eight years or more to accept a buyout as the publisher is frantically attempting to cut costs as print media continues to die out.

The Orlando Sentinel has become a must-read for the deranged anti-Trump populace in Central Florida, even taking the unheard of step to have their editorial board publish a column announcing that they do not know who they will endorse in the 2020 presidential elections, but that they would not endorse President Trump’s re-election because of disproven Russian collusion conspiracy theories and other fantastical nonsense that mirrored the talking points of alt-left terrorist groups like Antifa.

While it is not normally acceptable to cheer on what looks like the eventual joblessness of hundreds of people, these individuals are fake news smear merchants who have no problem in writing articles that ruin the lives of good men and women for the simple crime of believing in an America First way of life that Donald Trump is trying to give all of us.

Could Scott Maxwell finally be headed for that cushy public relations job we hear he has been chasing after for years? Is Steve Lemongello going to be applying for a job as an extra at Halloween Horror nights later this year? Will Lauren Ritchie finally achieve her dreams of crushing the patriarchy by starting a seniors night cabaret at Parliament House?

It’s impossible to tell, but it is clear that the reports we have received about the Orlando Sentinel newsroom being as cold and depressing as the county morgue are true after all.

Good riddance to these quislings and deranged people who have no respect for anyone who possesses an alternative outlook on politics.  They are rarely punished for their misdeeds; in fact elected Democrats and Hollywood superstars often praise them.

Maybe they can ask those dipsticks for a job when the pink slip comes calling. This should be a lesson that promulgating lies against President Trump and his supporters come at a cost, sooner or later.